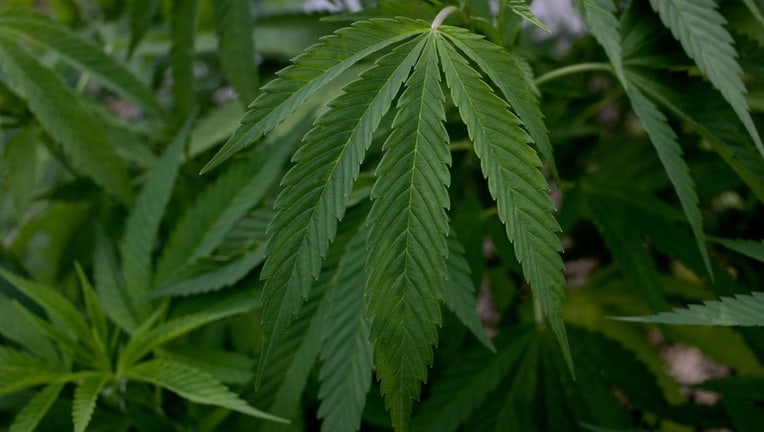 FILE - Residents of an old farm house grow the legal limit of marijuana plants in their garden on Aug. 1, 2021 in Lovell, Maine. (Andrew Lichtenstein/Corbis via Getty Images)

On Thursday, the United States Senate unanimously passed a bill that would streamline efforts into the medical and scientific research of marijuana.

The bill was sponsored by Senators Dianne Feinstein, D-Calif., Brian Schatz, D-Hawaii, and Chuck Grassley, R-Iowa, according to a news release from Feinstein’s official website.

The bill would also encourage the U.S. Food and Drug Administration to create cannabis-based medicines and greenlight physicians to discuss both the known harmful and beneficial impacts of using marijuana products such as CBD, according to the bill.

"This bipartisan bill is critical to better understanding the marijuana plant and its potential benefits and side effects. It will empower the FDA to analyze CBD and medical marijuana products in a safe and responsible way so that the American public can decide whether to utilize them in the future based on sound scientific data. Researching marijuana is widely supported by my colleagues on both sides of the aisle, and it’s a smart step forward in addressing this current schedule I drug," Grassley said.

Meanwhile, a bill to legalize marijuana on the federal level is set to be discussed on the House floor as soon as next week, according to The Hill.

The bill, titled Marijuana Opportunity Reinvestment and Expungement (MORE) Act, would essentially remove marijuana from the Controlled Substances Act list and decriminalize it.

The bill would also allow federal taxes on marijuana and cannabis-based products that would in turn fund programs to help communities impacted negatively by the war on drugs, according to a news release from House Judiciary Committee Chairman Jerry Nadler, who authored the MORE Act.

"In my view, criminal penalties for marijuana offenses, and the resulting collateral consequences, are unjust and harmful to our society. The MORE Act comprehensively addresses this injustice, and I urge all my colleagues to support this bill today," Nadler said in a September 2021 statement about the bill.

Separately, a recent study found that medical marijuana fails to improve symptoms of pain, anxiety and depression and effectively doubles the risk of developing addictive symptoms and cannabis use disorder (CUD).

The study, published by researchers from Massachusetts General Hospital on March 18, also noted that up to one in five users of cannabis may develop CUD.

While marijuana has shown evidence of easing pain and a few other health problems, two-thirds of U.S. states have decided pot should be legal to treat many other conditions with little scientific backing.

Although the effects of any substance vary from person to person, researchers found that those who consume cannabis with anxiety and depression had the highest risk of developing CUD.

"In this first study of patients randomized to obtain medical marijuana cards, we learned there can be negative consequences to using cannabis for medical purposes. People with pain, anxiety or depression symptoms failed to report any improvements, though those with insomnia experienced improved sleep," Professor Jodi Gilman, lead author of the study, said.

Austin Williams contributed to this report. This story was reported from Los Angeles.