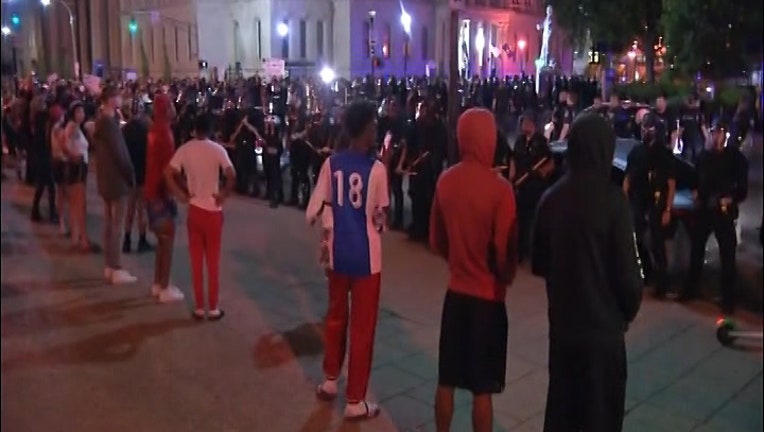 LOUISVILLE, Ky. - At least seven people were shot in Louisville as protesters turned out to demand justice for Breonna Taylor, a black woman fatally shot by police in her home in March.

Louisville Metro Police confirmed in a statement early Friday that there were at least seven shooting victims, at least one of whom is in critical condition. The statement said there were “some arrests,” but police didn’t provide a number.

“No officers discharged their service weapons,” police spokesman Sgt. Lamont Washington wrote in an email to The Associated Press. Washington said that all seven were civilians. 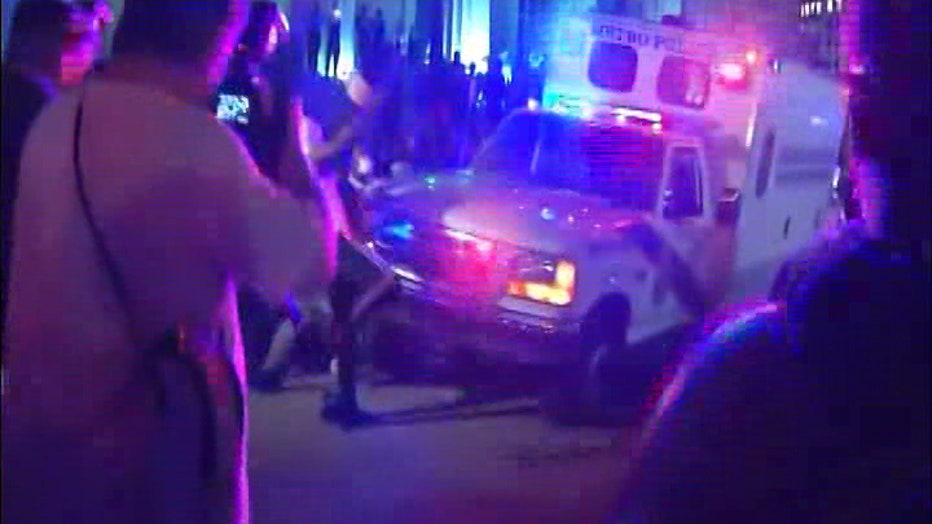 Around 500 to 600 demonstrators marched through the Kentucky city’s downtown streets on Thursday night, the Courier Journal reported. The protests stretched for more than six hours, ending in the early hours of Friday as rain poured down.

At one point, protesters took turns hoisting the stone hand of King Louis XVI after it was broken off his statue outside City Hall. Shots were later heard, prompting some of the protesters to scramble for safety.

“Understandably, emotions are high,” Louisville Mayor Greg Fischer tweeted just before midnight, sharing a Facebook post asking for peace that he said was written on behalf of Taylor’s mother. “As Breonna’s mother says let’s be peaceful as we work toward truth and justice.”

Taylor, a 26-year-old emergency medical tech, was shot eight times on March 13 after Louisville narcotics detectives knocked down the front door. No drugs were found in the home.

Attention on Taylor’s death has intensified after her family sued the police department earlier this month. The case has attracted national headlines alongside the shooting of Ahmaud Arbery in a Georgia neighborhood in February.

Thursday’s demonstration came as protesters across the country — from Los Angeles to Memphis, Tennessee, to New York to Minneapolis itself — have demonstrated against the death of a black man, George Floyd, in Minneapolis police custody.

Around 12:20 a.m., Fischer tweeted a video that he said was a message from Taylor’s family.

“Louisville, thank you so much for saying Breonna’s name tonight. We are not going to stop until we get justice,” a woman says in the video. “But we should stop tonight before people get hurt. Please go home, be safe and be ready to keep fighting.”

Meanwhile, live video from downtown Louisville around 12:30 a.m. showed some protesters behind makeshift wooden barricades, which appeared to be made out of picnic tables spray-painted with the words “You can’t kill us all.” A small fire inside a trash can was visible in the middle of the street.

Police in body armor and face shields held batons and lined up around Louisville City Hall. They appeared to fire rubber bullets and deploy tear gas canisters, fogging the air and inducing coughs among the remaining members of the crowd. Protesters were shown filming police with their cellphones. 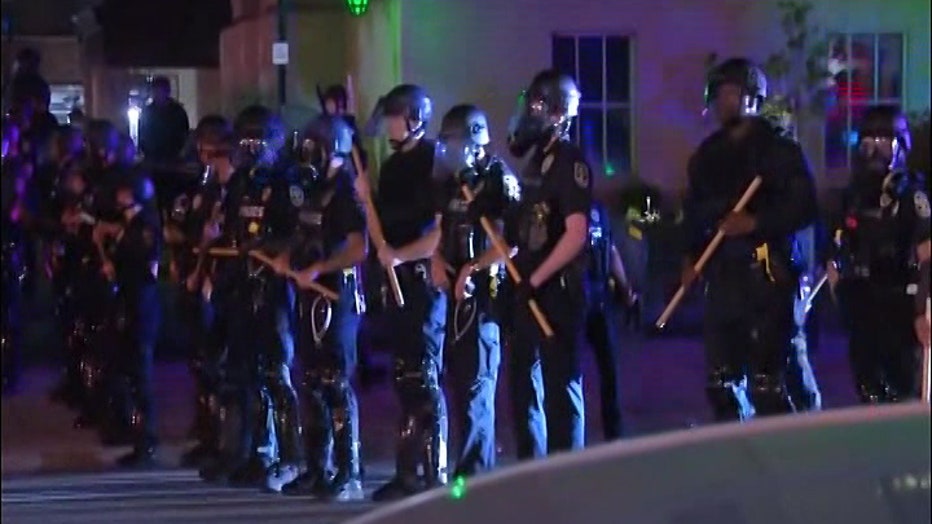 Kentuckians are still under social distancing mandates driven by the coronavirus pandemic. Many protesters wore masks.

Chants early Friday included “No justice, no peace” and “Whose streets? Our streets.”