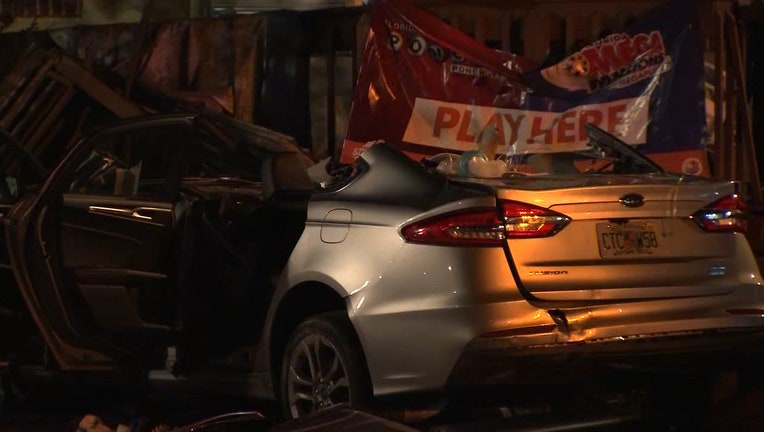 Both crashed in the intersection, police said, and both drivers lost control of their vehicles. The two vehicles swerved off the road and hit the front porch of a home in the 1300 block of 16th Street South.

Officials said no one inside the home was injured. Five individuals inside the cars were taken to a hospital -- some with serious injuries.

No charges have been filed, but police said they are still investigating the events leading up to the crash.

Detectives said they do not believe either of the vehicles were stolen, but they are searching for the Ford driver, after he fled from the crash.