At least eight people have been arrested in Lee County after deputies say they stole from a Fort Myers outlet mall. The Lee County sheriff said the suspects came from Homestead and pretended to be good Samaritans there to help with cleanup efforts.

Video from the Lee County Sheriff's Office shows six handcuffed suspects sitting on the curb after being arrested for the looting.

According to deputies, the group stole the high-end sneakers and other items from a Fort Myers outlet mall. Each were booked on a burglary charge.

State officials had warned against this.

"Don't even think about looting. Don't even think about taking advantage of people in this vulnerable situation. Law enforcement is involved in monitoring that, and I told Kevin if the state needs to help as well because you can have people bringing, you know, boats into some of these islands and trying to ransack people's homes," Governor DeSantis said. 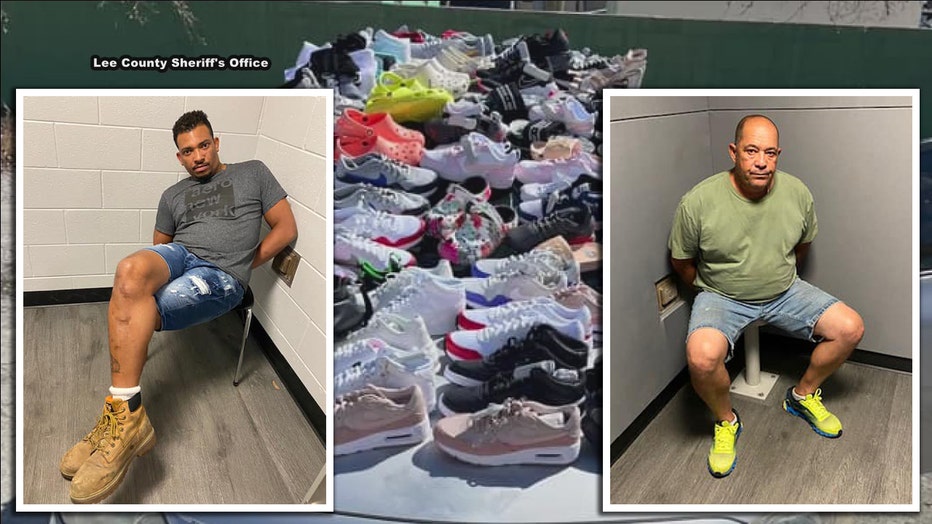 Men drove to Fort Myers from Homestead, claiming to assist in the cleanup from the hurricane, but robbed stores instead, Lee Co. sheriff says.

According to the Lee County Sheriff's Office, Ernesto Martinez and Noel Morales traveled from Homestead to Fort Myers claiming they were helping with the cleanup. Instead, detectives say they were seen stealing items from in front of a local business and loading them into a trailer.

The items have since been returned to the store.

Meanwhile, in Plant City, Yerb Labs had their glass display cases shattered. The store said looters made off with more than $1,200 of merchandise. Police are still searching for the suspects.

"If a looter breaks into your home and comes into your home while you are there to steal stuff, then you take your gun and you shoot him. You shoot him so he looks like grated cheese because you know what? That's one looter who won't break into anyone else's home and take advantage of them when they're the most vulnerable and the most weak," Polk County Sheriff Grady Judd said.

Anyone with information about the Plant City case is asked to call city police.