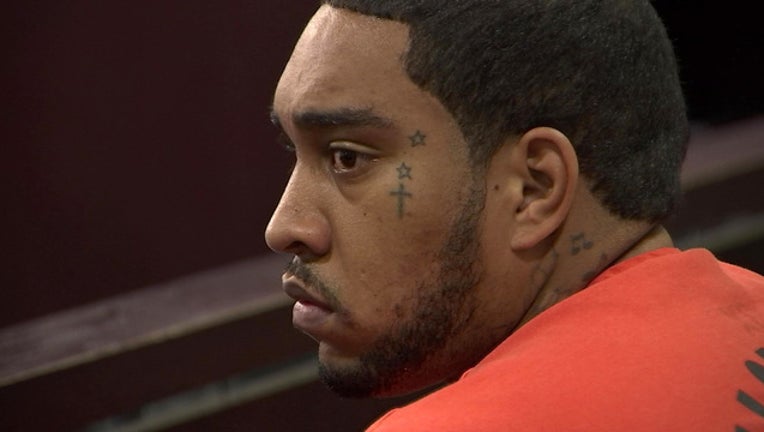 TAMPA (FOX 13) - A violent shootout with a Temple Terrace police officer got defendant Jordan Bowie in serious trouble.
When it was over, Bowie was in handcuffs and the officer escaped injury.

Months after being arrested, Bowie was found incompetent to stand trial. He went off to a state hospital for treatment, and now he is back. Doctors say he is now fit to stand trial, but he does not think so.

Recently Bowie has had a change of heart and wants to dump his public defender and get a private attorney.  He explained it to Hillsborough Circuit Judge Mark Kiser: "Me going up to the state hospital, I really couldn't, I really didn't have no mind on what was going to happen. I really didn't focus on getting an attorney. I wanted to focus on myself personally.”

Prosecutors are offering Bowie a 35-year plea deal with probation – or face a trial. But even Bowie's mother Michelle Lanes says he is not mentally ready to make such a weighty decision.

"I feel, in my son’s best interest, there are more things that need to be considered. And if the Public Defender’s Office is not able to do that for me, then I have to hire an attorney," said Lanes.

For now, Judge Kiser scheduled a trial for November, but that could change if Bowie decides to serve decades in prison for the shootout that could have taken the life of an officer.