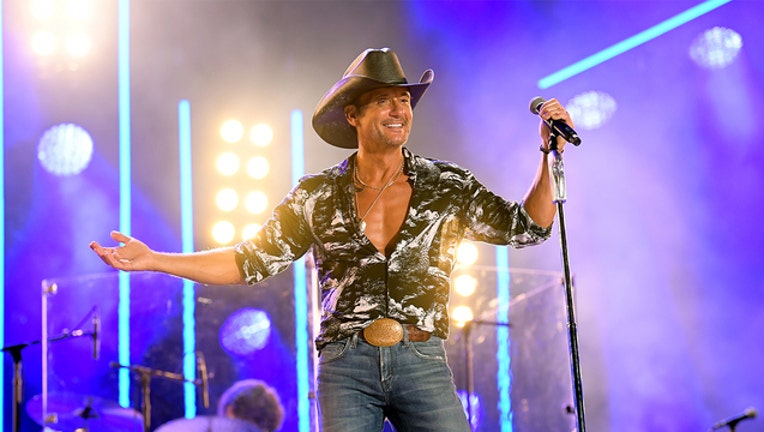 TAMPA, Fla. (FOX 13) - As the Tampa Bay Buccaneers continue their summer training camp, the team announced a country singer will be performing before kickoff at the first game of the regular season.

Tim McGraw will be performing prior to the season-opening game against the San Francisco 49ers on Sunday, September 8. Those who have a ticket to the game can attend.

The concert begins at 2 p.m. Fans can enter Raymond James Stadium at 12:30 p.m. and parking lots open at 11:30 a.m. The country singer will also have a halftime performance.

"The start of the NFL season is one of my favorite times of the year," said McGraw in a press release. "I love football and I'm pumped to be kicking off the NFL's 100th season together with all the Bucs fans in Tampa."

The concert is part of the team's "NFL Fantennial Celebration," which commemorates 100 years of NFL Football.