Seffner (FOX 13) - People in a Seffner neighborhood awoke Wednesday to a scene that brought back horrific memories: the same sinkhole that killed a man in 2013 had reopened.

A Hillsborough County spokesperson said the massive crater measures 17.5 feet wide and 20-feet deep, which was the same size as the original one.

"The most important thing is that there is no danger to any other homes. There is no additional danger from the hole that has occurred today," said Ron Spiller, director of Hillsborough County Code Enforcement.

In March 2013, the sinkhole opened underneath a home on Faithway Drive, swallowing Jeffrey Bush, who was asleep in his bedroom. His brother, Jeremy Bush, tried desperately to save him but was unable to. Crews never recovered the body.

The reopening of the hole reopened wounds that had only started to heal for Jeremy Bush and his family.

"I thought it was over," he explained. "It's bringing back bad memories. It's hard to believe that it happened again."

Jeremy Bush said he stops by the same spot everyday "to spend time with [his] brother" and when he heard about what happened Wednesday morning, he needed to see it for himself.

"It's unbelievable. It looks so much bigger, so much deeper," he told FOX 13. "I miss him a lot. I tell him every time I drive by here, I miss him. I love him."

Engineers determined all the rain that has fallen during the last few weeks likely caused the ground to wash away.

Spiller explained why the county was so certain the new hole is not spreading and is not a danger to anyone in the area.

"The design of the mediation [in 2013] was to minimize any danger to the surrounding areas and if there was going to be a failure again that it would occur exactly where it occurred two years ago," he said. "The design did exactly what it was designed to do today in that it collapsed in that location."

Neighbor Lisa Robinson knew something was up Tuesday night. She didn't realize it was down below. "

"There was this kind of 'bump.'" Robinson said, describing the noise she heard. "It wasn't loud. It was just a 'bump.' It sounded kind of like a far off thunder."

"The cat started acting funky. She didn't want to leave me alone all night long. The dog refused to go out again this morning."

Despite officials' attempts to ease the worries of neighbors, several neighbors couldn't help but feel concerned.

"That's too close for comfort," Eric Bethea, who lives nearby, told FOX 13. "That kind of made you unsettled because you think it could happen anywhere else around here."

"[My wife is] extremely concerned about it," said Ricky Arey, who lives across the street, adding he is trying to stay positive. "I wasn't that concerned about it because I figured it would settle at some point in time and it finally did. It just opened up a little bit."

Taylor Yarkosky, owner of Advanced Pier Technology, and also known as "The Sinkhole Guy" stopped by the site Wednesday afternoon. He's seen thousands of sinkholes in his career.

"You've got to understand that in this area, we've had record rain in the last month or so,” Yarkosky said. "So, when you have that much rain going through gravel and sandy soils, it's all migrating down and pulling downward and my opinion is. It probably opened that funnel back up."

County crews and engineers are trying to determine how to proceed and plan to begin working on the hole later this week. 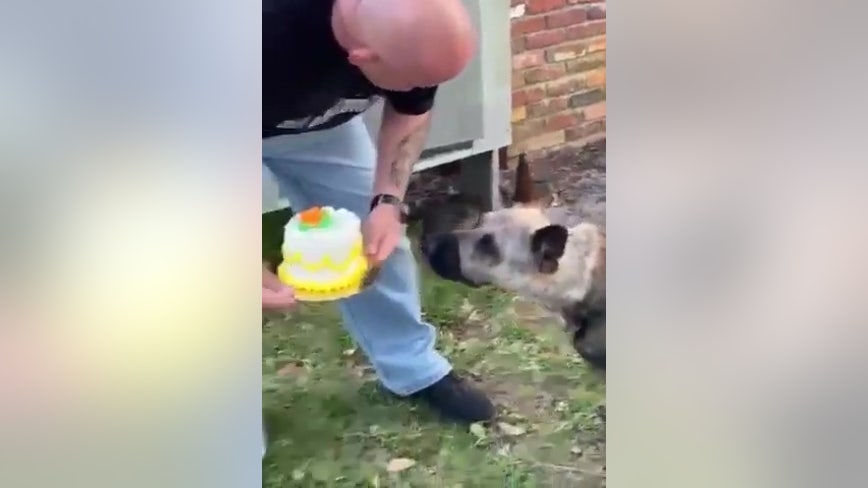