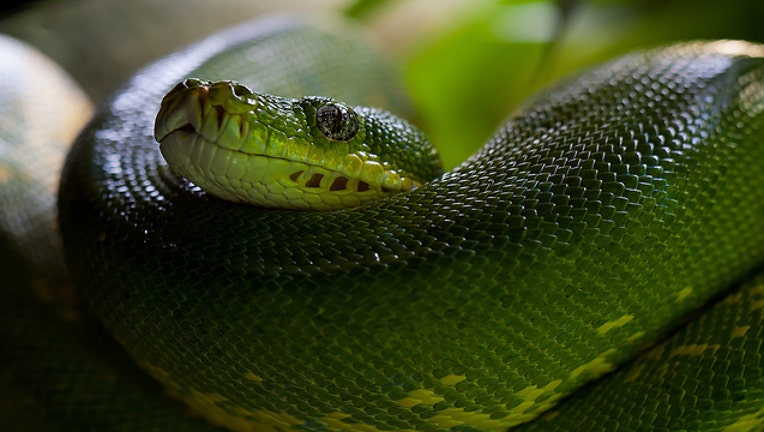 DUBAI, United Arab Emirates (AP) - Once Samuel L. Jackson appeared in the Mideast hotspot of Dubai, it really was only a matter of time before the snake on a plane would turn up too.

Dubai-based airline Emirates said on Monday that one of its flights from Muscat, Oman, to Dubai was cancelled the previous day after a snake was spotted slithering in the cargo hold. Passengers hadn't yet boarded the Boeing 777.

The carrier says the serpent was eventually captured and the plane is back in service.

Jackson, who starred in the 2006 thriller "Snakes on a Plane," was in Dubai last month to accept a lifetime achievement award at the Dubai International Film Festival.

In November, a snake slithered out from behind an overhead luggage compartment on an Aeromexico flight over Mexico.