Detectives across Tampa Bay are looking for a man who has stolen seven donation boxes from McDonald's restaurants. FOX 13's Evan Axelbank reports.

TAMPA, Fla. - Crimestoppers of Tampa Bay says one person may be behind seven separate thefts of Ronald McDonald House charity boxes since May 26.

"The thief who is doing this is not stealing from McDonald's," said Dustin Portillo of Caspars Company, the owner of 60 McDonald's franchises in Tampa Bay. "He's stealing from a 9-year-old kid who is going through Leukemia treatment."

Crimestoppers of Tampa Bay released surveillance video from June 10 in Wesley Chapel showing the unnamed suspect having a meal, casing the place, and then making several trips to break the security device keeping it in place.

He puts the box under his jacket, walks out, and uses his motorcycle to pick it up and drive off. 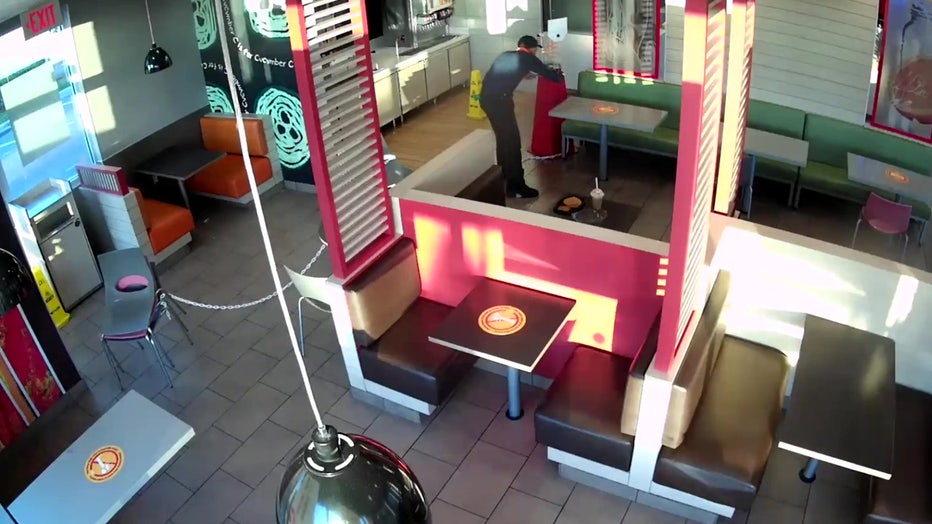 "It is just hard for me to fathom that someone would do this," said Portillo.

Even worse, because of the pandemic, this year's receipts are way down. In a normal year, the boxes at 200 Tampa Bay McDonalds take in $150,000 to put up families of sick children while they're being treated.

"He is a thief and he needs to go to jail," said Kelly McLaren of CrimeStoppers of Tampa Bay. "He is taking money away from families going through a difficult time."

Two thousand families a year depend on that money.

"(He) clearly shows his face," added Portillo. "He's out there. Someone knows him. If you know him, call CrimeStoppers. Anonymously. Give him up."

You can reach them at 800-873-TIPS or www.crimestopperstb.com.