TAMPA, Fla. - Andrew Kondek is carrying on a legacy in law enforcement. Thursday, the son of fallen Tarpon Springs Police Officer Charles Kondek was officially sworn in as a member of the Tampa International Airport Police Department.

It was a day filled with a wide range of emotions, but there was plenty of pride as the young officer fulfilled a dream of following in his father's footsteps. Andrew Kondek was raised in the law enforcement family.

"I grew up around my dad, learning things about my dad," Kondek said. "He was always kind to people, always caring, always trying to help everybody."

From a young age, he experienced the best of the badge, and sadly, the very worst. 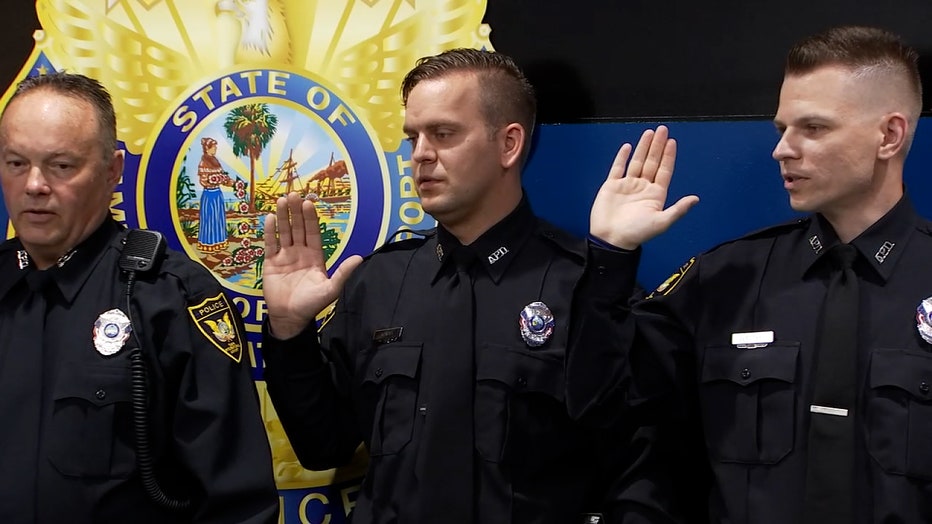 December 21, 2014, his father, Tarpon Springs Officer Charles Kondek, Jr. was responding to a noise complaint when he was gunned down. He was 45 years old and a 17-year veteran of the force who'd also served five years with the New York City Police Department.

"I want to be just like him," Andrew Kondek said in 2019. "If I can follow in his footsteps, do everything he did, that's all I want."

Andrew answered the call to serve. In 2019, he graduated from Law Enforcement Academy at Pasco-Hernando State College. His mother, Teresa presented him that day, with his father's handcuffs. 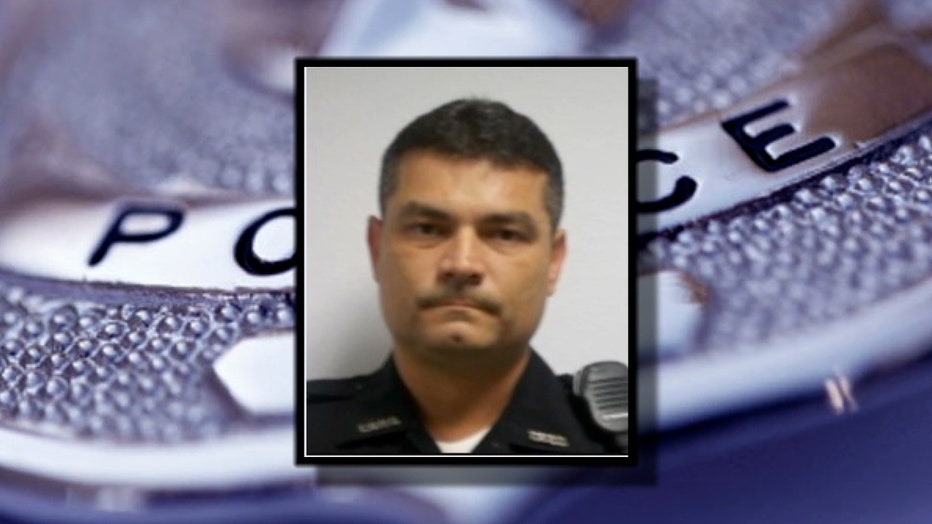 Three years later, she got to pin on his badge as a Tampa International Airport police officer.

"It's kind of like a double-edged sword," Andrew said after the ceremony. "I'm happy to be here, but it's also, you know, memories."

It's a full circle moment in a lot of ways.

"This is a very, very special day for us to welcome someone in the profession like Andrew Kondek," Vazquez said. "He's just a steady, calming influence." 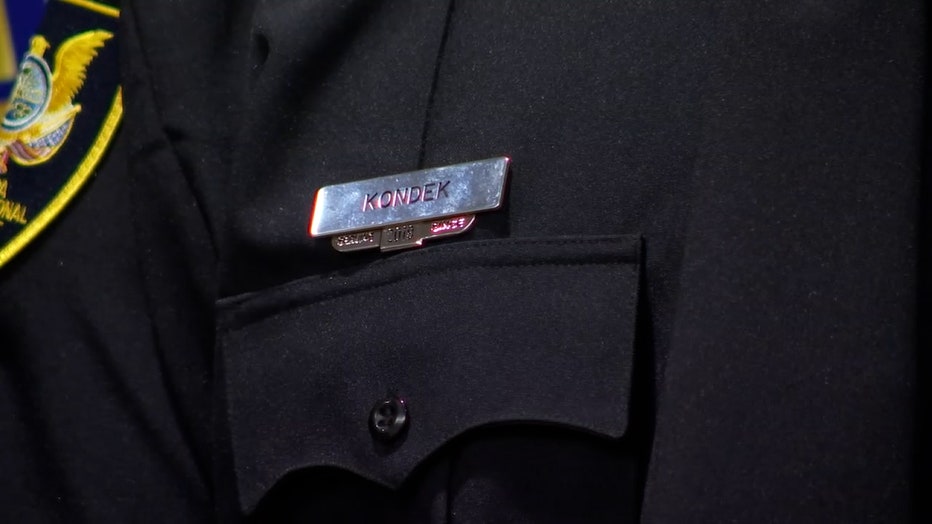 Current Tarpon Springs Chief Jeff Young was right there with the new TPA officer to support the next generation.

With his hand around Kondek's shoulder, Young said, "I was just telling your mom, you know, she said his dad should have been here pinning the badge on. I said, he was here with you and with your mom. And he's looking down at you every day with pride."

Andrew hopes to bring his father's kindness and compassion to the force.

"I feel like if I can make a difference in one person's day, it's a good day for me," Officer Andrew Kondek said.

Thursday was also Officer Kondek's 31st birthday. So, he and his family have plenty to celebrate.