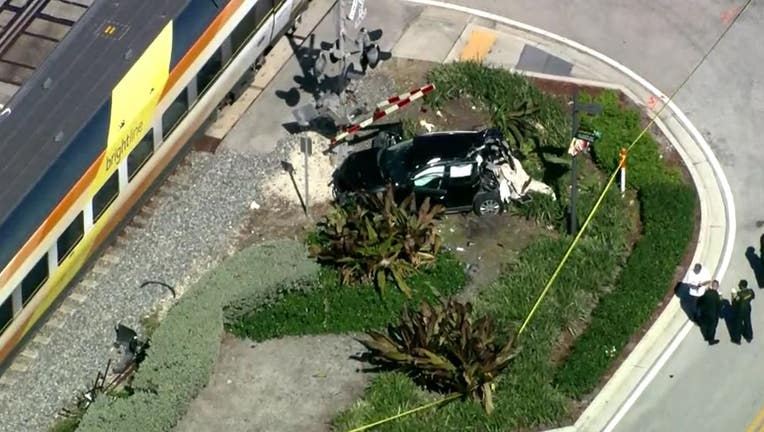 POMPANO BEACH, Fla. - A Brightline commuter train in South Florida hit a car carrying a woman and her grandchild Monday on the higher-speed line's first day back in operation since the coronavirus pandemic began.

The 71-year-old woman suffered some broken bones and the child did not appear to be seriously injured, Pompano Beach Fire and Rescue spokeswoman Sandra King told news outlets. They were both taken to a hospital.

Aerial images from WSVN showed the woman's crushed car at the intersection in Pompano Beach, which is north of Fort Lauderdale.

The woman had made a right turn and was trying to cross the train tracks when the crash happened, King said. 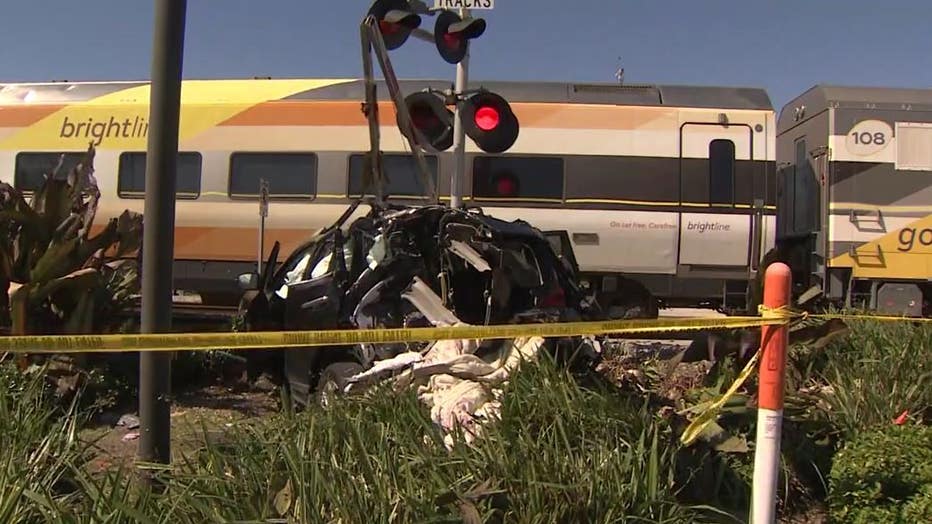 The train was heading south from West Palm Beach to the Fort Lauderdale station with Brightline officials, including President Patrick Goddard. He was scheduled to appear at an event in Fort Lauderdale marking the train's return.

The train travels at speeds of up to 79 mph through some of Florida’s most densely populated cities.

The private company, which began operations in 2017 between West Palm Beach and Miami, suspended service in March 2020 shortly after the pandemic began.

During the shutdown, Brightline has continued laying track for its planned expansion from South Florida to Orlando and its theme parks. That route is set to open in late 2022 or early 2023.

Brightline then plans to open a line between Orlando and Tampa and one between Los Angeles and Las Vegas.