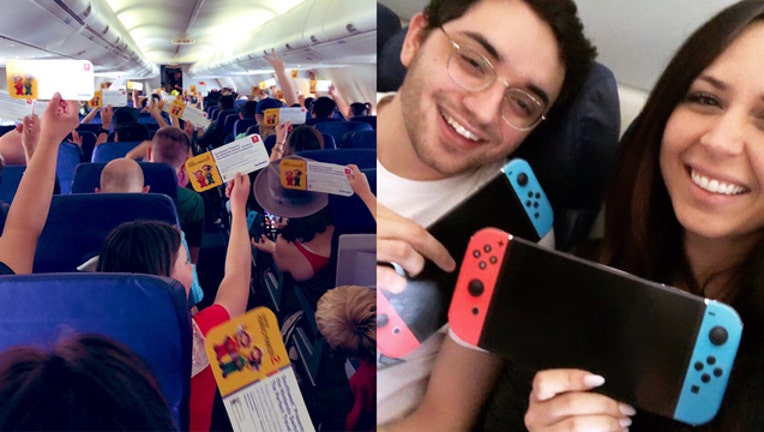 Southwest teamed up with Nintendo to give passengers a free Nintendo Switch and a copy of its new game, Mario Maker 2, ahead of the convention.

Lauren Moore, a panelist at this year’s Comic-Con, tweeted that her flight agent was wearing a Mario Maker hat and “said there was a surprise in store.”

They later revealed that everyone on board would get their own console, much to the delight of passengers.