Seminole Tribe not backing down from online betting

TAMPA, Fla. - Legal experts say they don't think much will change despite an ongoing court battle over online sports betting in Florida.

The case is now heading to a court of appeals after a previous ruling declared the Seminole Tribe's compact illegal.

It'll now be up to a panel of three judges to decide whether to overturn the ruling, but it's not looking good for the tribe.

One expert told FOX 13 there is still potential for legal online sports betting in Florida, but it most likely won't be through this compact.

Still, with potentially billions of dollars in gambling revenue at stake, the Seminole Tribe is not backing down. While appeals make their way through the courts, the Hard Rock Sportsbook app remains live and bets continue to be placed.

The Seminole Tribe is asking for a stay of the previous ruling for a second time – this time with the court of appeals.

"If the D.C. Circuit denies their motion for a stay, that sets up an interesting battle as to what the parties are going to do about it," Attorney Daniel Wallach said.

As Wallach explains, the plaintiffs in this case – Magic City Casino and Bonita Springs Poker Room – could ask the judge for an injunction requiring the Department of the Interior to force the Seminole Tribe to shut down its sports betting app.

"So you can get the ultimate relief against the tribe by going directly against the agency, which regulates the tribe," Wallach explained. 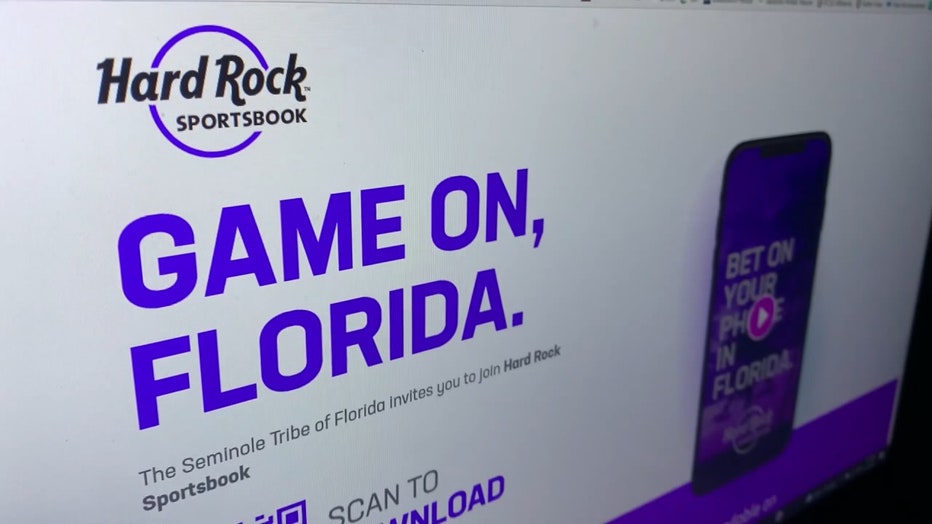 Since the beginning, some lawmakers predicted this would happen. The compact authorized the tribe to operate mobile sports betting even though The Indian Gaming Regulatory Act (IGRA) makes it clear bets must be placed on tribal land.

"You cannot shoehorn mobile sports betting into a compact. The judge's ruling makes that crystal clear. There are two other pathways to bring online sports betting to the public," Wallach said.

As Wallach explains, the most viable way forward for the tribe would be through a ballot measure. The group Florida Education Champions is currently collecting signatures for a petition asking for a ballot measure to be added in 2022 to legalize mobile sports betting statewide. If passed, it would bring in competitors like Draft Kings and Fan Duel.

"The advantage, I think, to having the initiative rather than the compact provide online sports betting is it's the difference between a monopoly with just one provider versus a competitive marketplace," Wallach said.

If the ballot measure were to get on the ballot and pass, Floridians could most likely start betting under the new law by January 2023.