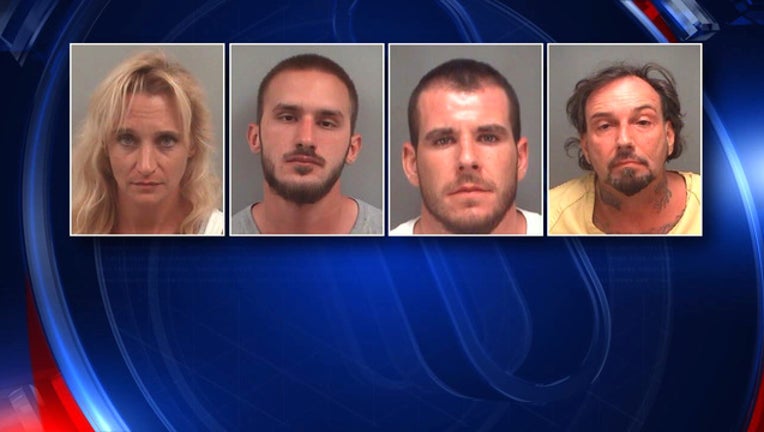 ST. PETERSBURG (FOX 13) - Police in St. Pete made four DUI arrests overnight after they say all four drivers drove through a deadly accident scene without stopping.

Police were there investigating a deadly motorcycle crash at the time.

Officers stopped each of these drivers and say all four were impaired:

Emmons and Kohlhase were also charged with possession of cocaine.

The motorcyclist involved in the original crash was David Flores-Vega.  He was thrown from his bike when he crashed into a Pontiac and died at the hospital from his injuries.