"I’ve lived here all my life and this is the biggest rescue St. Pete Beach has ever had," he said.

When Gordon noticed a bunch of emergency vehicles parked in front of his Boca Ciega Isle home, he grabbed his camera.

"The rescue needed to be documented," he recalled.

That emergency was a capsized boat in the channel just behind Gordon's home. St. Pete Beach Fire and Rescue was on the scene with rescue swimmers Patrick Strong, Blake Sweeney, Jeshual Velez Cuevas and Coleman Vail. They headed into the dark, choppy water on paddleboards. 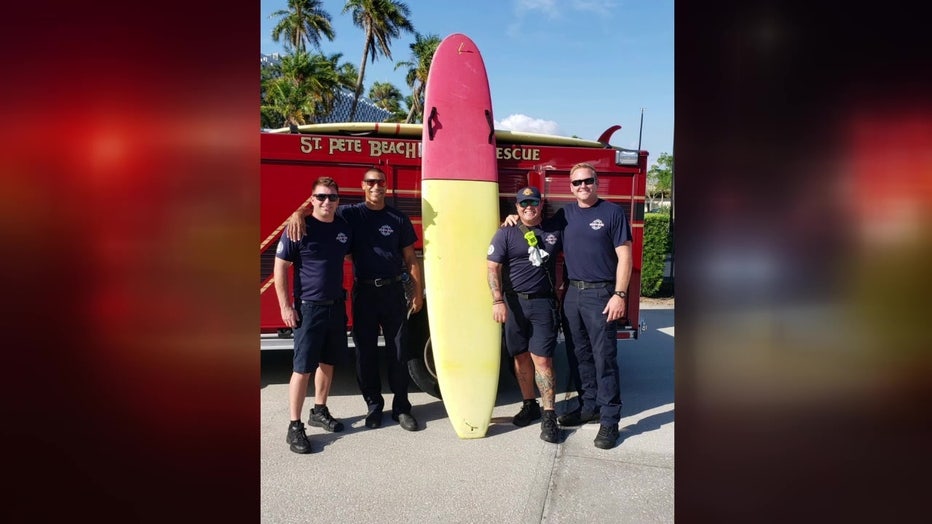 "Initially, we weren’t really able to tell what was going on. We just heard a lot of screaming," recalled Coleman Vail.

Strong winds made it nearly impossible for rescuers to hear where the screaming swimmers were located.

Thankfully, no one was. But that's when they found out there were nine boaters in the water, five of whom were children.

"Having kids and knowing that there were kids out there, your adrenaline gets up there a little bit more. So, you definitely want to make sure you are doing everything you can for the families," explained firefighter paramedic, Jeshual Velez Cuevas.

One by one, the rescue swimmers paddled victims to shore about 300 yards away, making multiple trips in total darkness. One boater could be overheard saying "I thought I was going to die" as she came ashore in Gordon's backyard.

"The fire department was just absolutely focused on rescuing these people. There was no panic, they were just down to business. Moving as quick as they could," Gordon shared. 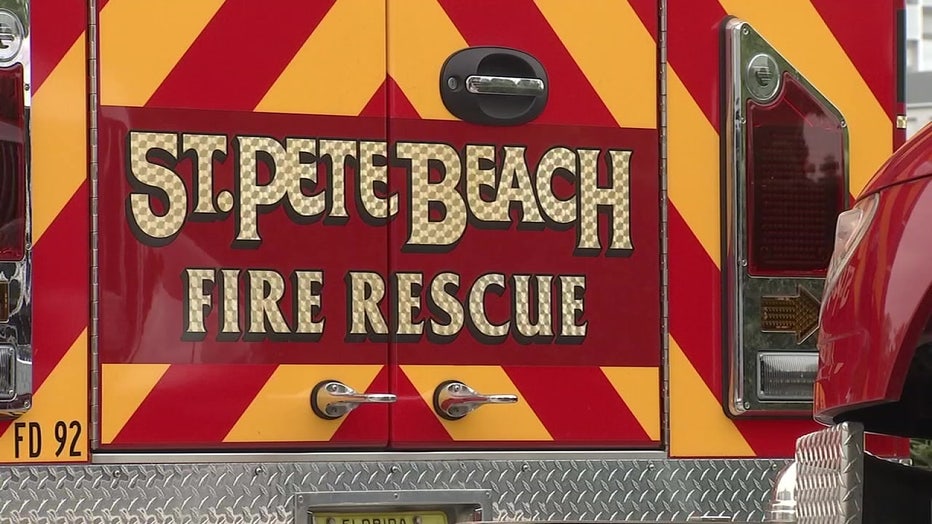 A little over half an hour after the initial call, all nine boaters and four rescue swimmers were on dry land.

"It was good seeing the family and friends and everybody back together kind of decompressing a little bit. Check on everybody, just kind of step back and talk with co-workers. Give them a high five like we did a good job tonight," added Coleman Vail.