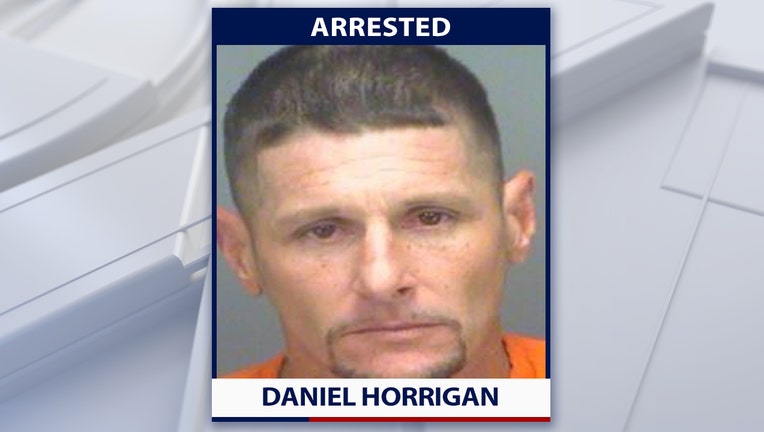 ST. PETERSBURG, Fla. - Daniel Horrigan, 40, has been arrested in the shooting death of 29-year-old Clifford Coston III, according to the Pinellas County Sheriff’s Office.

Investigators say Coston drove to Horrigan’s home, located at 3924 45th Avenue North in St. Petersburg, around 8 p.m. on March 15 to make a drug deal. Horrigan got into Coston’s vehicle and shot him once in the stomach during the transaction, according to PCSO. Afterward, deputies say the vehicle accelerated forward and crashed into a fence where witnesses said they saw the pair fighting following the shooting.

After developing probable cause, investigators got arrest warrants for first-degree murder and armed trafficking in cocaine for Horrigan, who turned himself in to authorities on June 16.

Horrigan is being held at the Pinellas County Jail without bond.