"I will not forget the officers I worked with and unfortunately, I will never forget the ones that didn’t make it. Tom and Yas that were killed in the line of duty," Weaver said.

"I remember everything. It was like no other day," Weaver said.

Weaver was also a part of the rescue team. He went in and out of the house four times under heavy fire, helping to carry out Baitinger and a wounded U.S. marshal.

January 24, 2011 was a dark day for St. Petersburg. Two police officers, Jeffrey Yaslowitz and Thomas Baitinger, were killed by a fugitive hiding in an attic; a deputy U.S. marshal was injured but survived. Originally reported by Steve Nichols.

"What I needed to do was what I was thinking about, I really didn't have time for fear," he said.

His bravery earned him a Medal of Valor. He was also named Officer of the Year in 2011.

Major David Gerardo served with Weaver his entire career including on the SWAT team. He says there will be some big shoes left to fill. 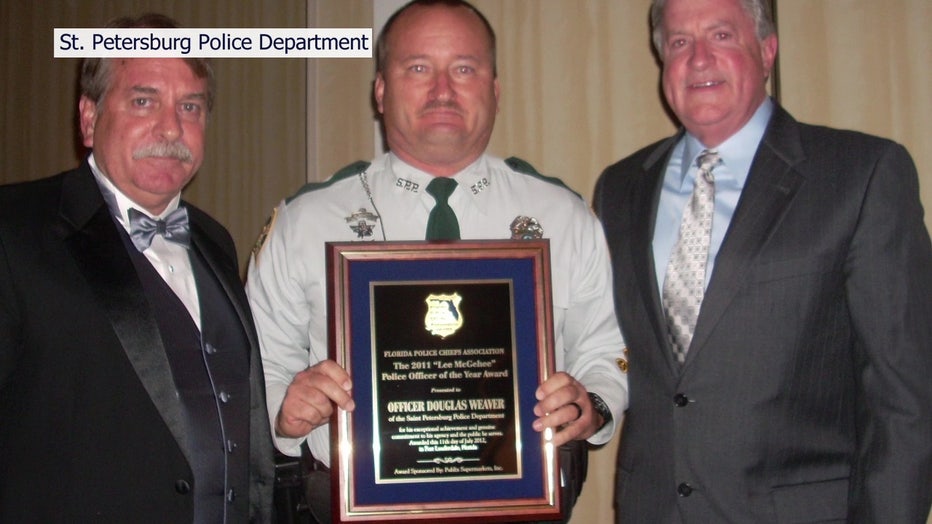 In his retirement, Weaver plans to travel, be outdoors and spend time with his family.