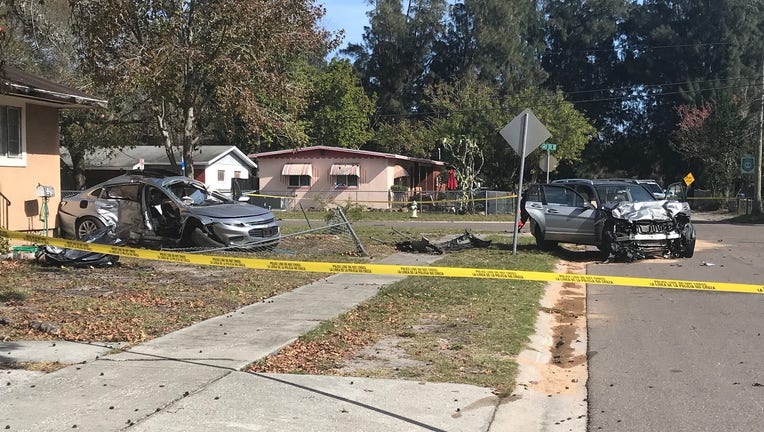 ST. PETERSBURG, Fla. - St. Petersburg police officers are searching for the driver who ran from the scene after a fatal crash on Saturday.

According to police, the crash involved a stolen Mercedes and Chevrolet Malibu.

The driver of the Malibu was seriously injured and his passenger, a 27-year-old woman, died a short time later at the hospital.

The driver of the stolen Mercedes fled the scene and police believe he may have been picked up by another vehicle.

Anyone with information about the crash should contact SPPD.