Search for shooter of mom in front of kids in St. Pete

ST. PETERSBURG, Fla. - Police in St. Petersburg say they are still searching for the gunman who shot and killed a young mother while she was in a car with her children Tuesday, they said.

The shooting occurred on 22nd Street South at 18th Ave. S. around 6:15 p.m. The young mom was identified as 21-year-old K’Mia Simmons.

Investigators said Simmons was in the passenger seat of a Volvo near the corner of the intersection when an unidentified person started shooting from another vehicle. She was struck at least once while she was holding her 1-year-old baby in her arms.

Her 2-year-old child was in the backseat, where a second bullet barely missed the toddler, Chief Anthony Holloway said. 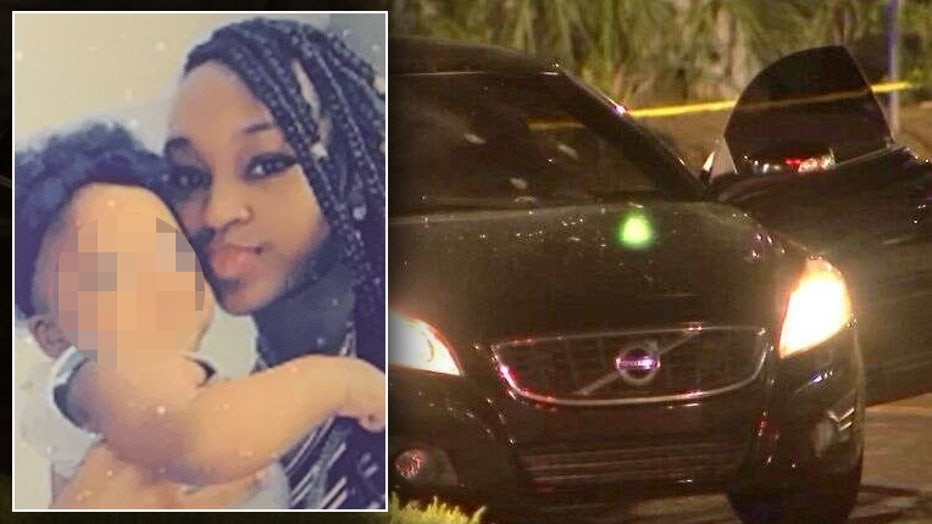 "The bullet went right through the booster seat, so it was probably the position of the baby, that's the only reason why that baby is alive today," Holloway added.

First responders rushed her to a nearby hospital, where she passed away hours later.

Police said several people were in the area when the shots were fired. They said Simmons was not the intended target, but they do believe the shooter targeted the vehicle she was in and ambushed the car. Officials said she was with her two small children and a man when the shooting occurred. No one else inside the vehicle was hurt.

"The fact that this was a car full of people there were two adults and two children in this car and the fact that someone fired shots at this vehicle with those children in the car and then other innocent by standards in the area is extremely concerning," said Yolanda Fernandez, spokesperson for the St. Pete Police Department.

Holloway said the driver of the car Simmons was in left the scene and dropped the two children off with family members, leaving Simmons behind in the vehicle. Police are asking that driver to talk to investigators.