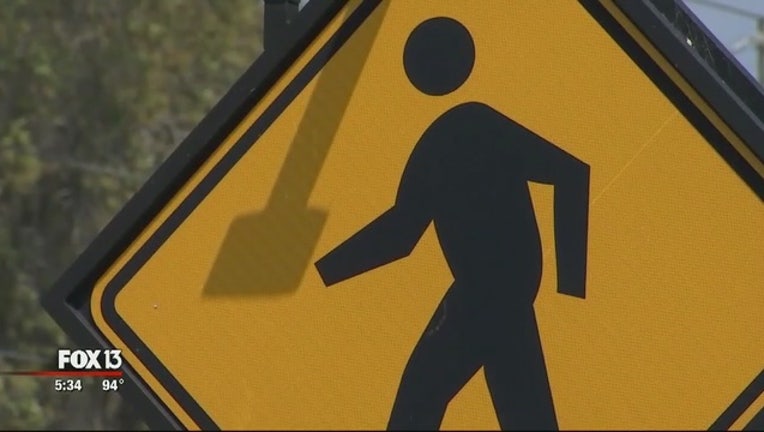 ST. PETERSBURG (FOX 13) - If you are driving, walking, or cycling in St. Petersburg, you're going to notice a heavier law enforcement presence on certain roadways.  From now until the end of May, St. Pete police will be putting more officers on high-traffic roadways to crack down on pedestrian and bicycle violations.

“It's crucial for people to realize that we are sharing the road,” Fernandez said.

Last week, the Wall Street Journal listed Tampa Bay as the worst place to ride a bike.  Specifically, the WSJ ranked the Bay Area as having more deadly bicycle-vs.-vehicle accidents than any other region, per-capita, in the United States.

The police department is taking $75,000, they received from the state to afford the overtime for officers to monitor the roadways.  They are targeting people who cross against the lights, drivers not yielding and pedestrians crossing mid-block.

“You may get a citation. I would say it’s primarily warnings,” Burris added.

St. Pete's high visibility enforcement program will run through the end of May.