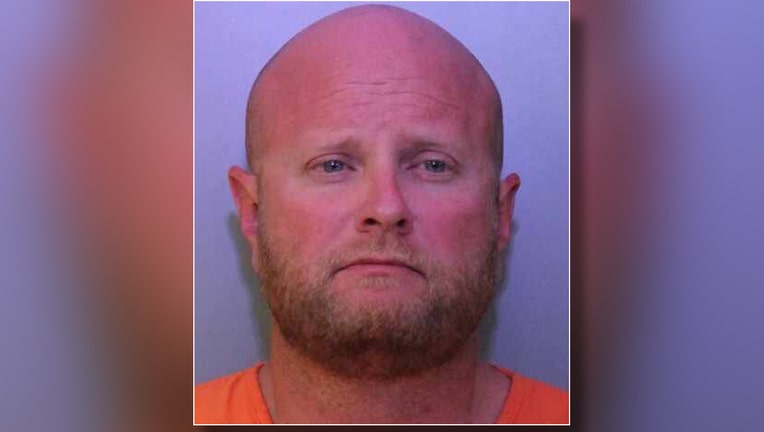 WINTER HAVEN, Fla. - A state correctional officer faces boating under the influence charges following a boating safety stop at the canal between Lakes Shipp and Lulu in Winter Haven on Saturday.

According to the Polk County Sheriff’s Office, marine unit deputies and Florida Fish and Wildlife Conservation Commission (FWC) officers saw a pontoon boat traveling above idle speed as it approached a dock.

They stopped the boat and said the driver, Christopher Lee Lightsey, 43, had bloodshot and glassy eyes, slurred speech and an odor of alcoholic beverages on his breath. They said Lightsey told them he had one rum runner.

Lightsey agreed to a field sobriety test, which he failed, according to PCSO. He was taken into custody for BUI (boating under the influence) and taken to the county jail where a breathalzyer test showed 0.102 BAL (blood alcohol level) on the first sample, and 0.105 BAL on the second sample, deputies said.

Lightsey told deputies he is a Lieutenant at the state Department of Corrections facility in Hardee County.