The conflict took off at the start of the 2021-22 school year. Governor Ron DeSantis ordered schools to not require masks indoors, and several school systems defied the order on ground that it conflicted with CDC health guidance.

Alachua was the first school direct to defy the state order.

"Our board has made it very clear that their salaries pale in comparison to the cost of a lost life," said Alachua Superintendent Dr. Carlee Simon. "Many of our school boards and superintendents are feeling that the safety of our communities matter and these are the things that we have to do." 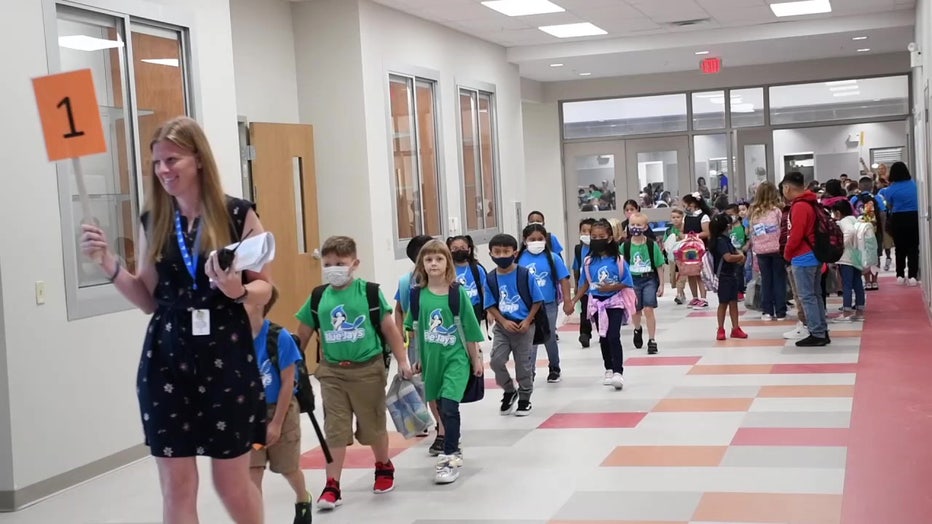 Other counties, including Hillsborough and Sarasota, initially followed Alachua’s lead by also requiring masks. The DeSantis administration then cut off state funds for some of them equal to the salaries of the school policymakers, starting with Alachua and Broward.

Then the U.S. Department of Education offered reimbursements the form of federal grants equal to the amount of money the state planned to withhold for the course of a year.

After multiple parents started screaming during Sarasota County's school board meeting on masks, officers told the crowd, 'Every time there's an outburst, what they're going to do is, they're going to go ahead and take a recess.' A large crowd protested outside the building as well.

"You will be receiving $147,000 in grants to make up for whatever was withheld on salaries," U.S. Education Secretary Miguel Cardona said in a call to Alachua’s superintendent. "We want to support you and your strong leadership to protect students."

Then came talk of the state withholding more money equal to the federal reimbursements. And the Biden administration expressed concerns that could be illegal.

"These are federal dollars that have been provided through Title IV of the Elementary and Secondary Education Act which focuses on student safety, health and well being," said White House senior education advisor Mary Wall.

It triggered a federal investigation and legal complaint. However, as the delta wave let up and the Legislature wrote the governor’s order into state law, the school systems eased up and phased out the mask requirements.

The state responded by returning all the money it had withheld – more than $870,000 to eight districts, and the federal government withdrew its complaint.

The Department of Education also has a process for reclaiming the grants intended to offset those losses.

"The U.S. Department of Education is able to adjust the award," added Wall.