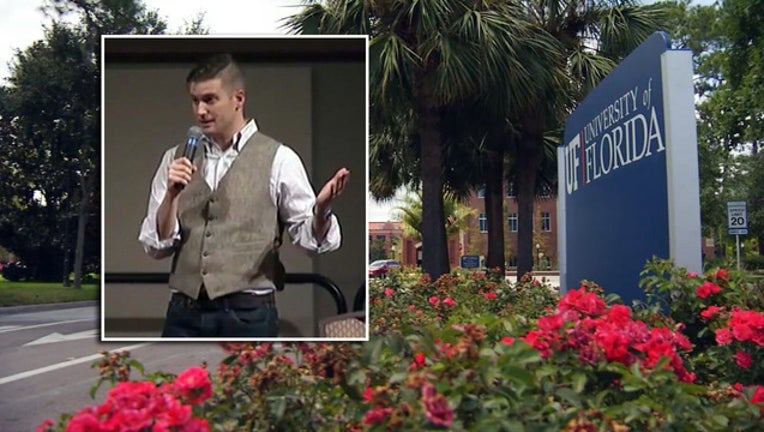 TALLAHASSEE (NSF) - The commissioner of the Florida Department of Law Enforcement said Tuesday authorities are prepared to handle people who commit or encourage violence when a white-nationalist leader speaks Thursday at the University of Florida.

Meanwhile, Gov. Rick Scott got backing from Cabinet members for the state of emergency he declared in Alachua County. Scott's executive order, issued Monday at the request of Alachua County Sheriff Sadie Darnell, included putting the Florida National Guard on standby, in advance of the appearance by alt-right leader Richard Spencer.

“I believe in the First Amendment rights that people have. I do expect people to be safe. I don't condone any violence,” Scott said Tuesday. “I'm going to continue to work with law enforcement to make sure all Floridians are safe.”

“This guy is out there espousing violence and hatred and anger,” Bondi said. “If we know that he is going to be there doing that, it is our duty as a state, and I commend the governor for having the resources available on the front end before something happens.”

Spencer was one of the key organizers of an August “Unite the Right” rally in Charlottesville, Va., that turned deadly when a car plowed into a group of counter-protesters. Heather Heyer, 31, was killed, and dozens were injured.

Scott's order establishes a “cooperative and coordinated security plan” among state and local law-enforcement agencies to ensure that they are “sufficiently prepared to deal with any security and safety issues related to the speaking engagement,” which is slated for the university's Phillips Center for the Performing Arts.

Florida Department of Law Enforcement Commissioner Rick Swearingen said Tuesday, after appearing before the Cabinet, he intends be in Gainesville.

“I'm very pleased that he (Fuchs), the sheriff, the governor, and now a number of law enforcement agencies, will be coming together to make sure the right to free speech is protected but so are the community members who are put at risk by out-of-state troublemakers,” Putnam said.

Speaking to reporters after a Cabinet meeting this morning, Bondi said she was praying “nothing happens” and urged students not to go to the event, while saying “there is no place for espousing these horrible, horrible views.”

“Law enforcement is going to be well-prepared,” Bondi said. “There is just no place right now for this, but you know with free speech, if he's going to get up there and do it, then he's going to do it. But we are going to make sure that our students and our citizens are protected.”

Bondi and Putnam are University of Florida graduates.

Spencer supporters point the finger at counter-protesters, who've pledged to show up en masse on Thursday, as the reason for the precautions.

Cameron Padgett, a Georgia State University student who helped organize Spencer's speech in Gainesville, posted a video on Twitter Monday, with an update about how to get tickets for the event.

The Phillips Center was originally supposed to distribute the tickets for the speech, Padgett said.

But organizers quashed that after learning tickets could have been turned in for free drinks, or even money, Padgett said in the video.

“We're not even there yet, in Gainesville, at all and they're already enacting a state of emergency based on protesters already there,” Padgett said. “What's the state of emergency being enacted on? It's the protesters that are there at the event, or at the venue right now. So we're there to peacefully show up and speak, you know, words only, and if you want to debate and engage in a conversation, then I welcome everybody to be there. I think it will be a good event. I have full faith in the police to do whatever they need to do to make sure that the speech is delivered properly and safely.”