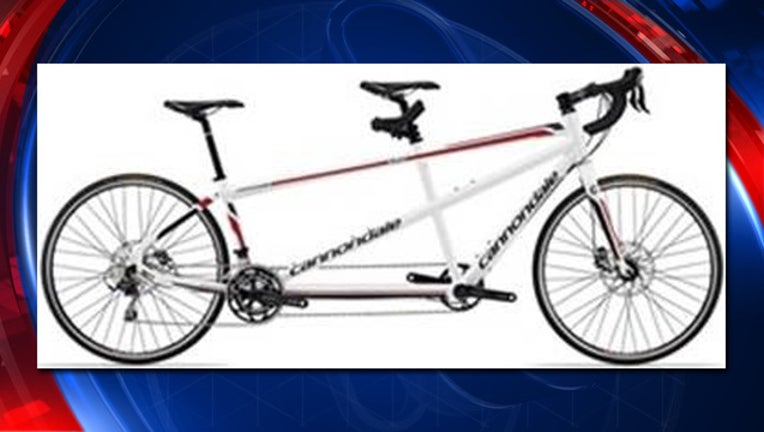 It was sometime early Tuesday morning when the tandem Cannondale racing bike was swiped from a room at the Quality Inn on North Tamiami Trail in Sarasota.

Police say the victim is from Chile and was in town for the Sarasota Bradenton World Cup paratriathlon that had taken place in Bradenton Beach a few days earlier.  The tandem bike allows the victim to race along with a guide.

The bicycle is described as white with a red stripe and looks similar to the one pictured here. It’s valued at $8,000.

Anyone with any information on this case is asked to call SPD's civilian investigator Jeffrey Birdwell at 941-954-7070.