High winds and rain last week caused $8,000 in damage to the Haines City Fire substation located right behind the police department on U.S. 27.

HAINES CITY, Fla. - If your house is on fire, the last thing you want to do is wait for help, even a little. But that’s the situation that some residents of Haines City may find themselves in.

High winds and rain last week caused $8,000 in damage to the Haines City Fire substation located right behind the police department on U.S. 27.

“Some of the beds got wet,” Lt. Jacob Jimenez told FOX 13. “But mainly, it’s the damage of the ceiling and the floor.”

In the wake of the storm, fire officials were concerned with possible electrical problems and the growth of potentially dangerous black mold, so they moved the crew that lived there to the main fire station.

The main station is further away, so it could take firefighters longer to get back to the area they cover.

“Depending on time, weather and traffic. It could be a two- to three-minute delay to get there,” said Chief Jeffery Davidson.

Under the right conditions, Davidson says fires can double in size in about two minutes. 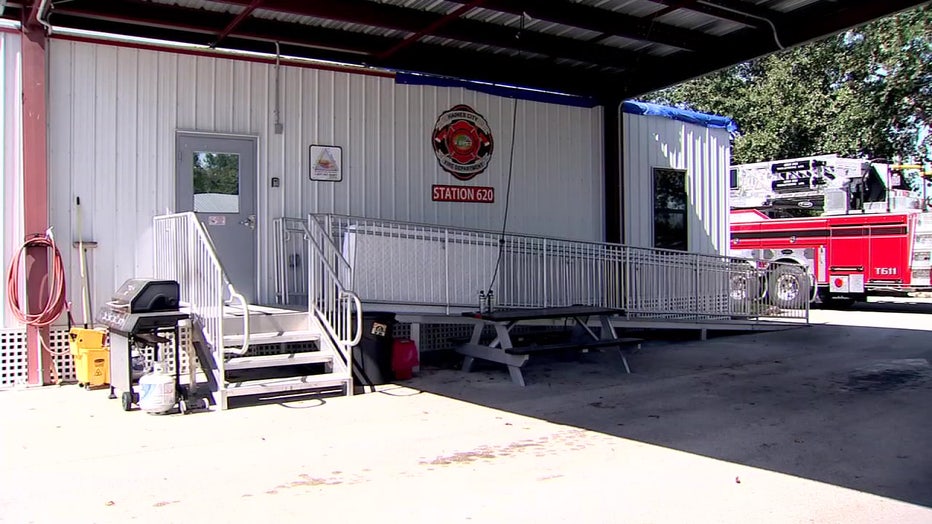 “So we’re doing everything we can to get the situation under corrected as soon as possible, and get our personnel back over there into that area,” he said to FOX 13.

If the building can be repaired, according to the chief, crews could be back in the building on a week. If it needs to be replaced, it could be months, he added.