MADEIRA BEACH, Fla. - The Hubbard family has run Hubbard's Marina out of John's Pass for generations. However, Captain Dylan Hubbard told FOX 13 that they may soon be forced to pack up and move locations if something doesn't change.

"John's Pass is at serious risk. We have a huge safety concern and we have a huge water concern. At this point, businesses are considering leaving John's Pass because of the sand issue," said Cpt. Hubbard.

Since the Hubbards set up shop in 1976, beach renourishments, bridge construction and long overdue maintenance on beach jetties and groins have left a sandy beach where there shouldn't be one. That sandy shoreline continues to grow and threaten the businesses that rely on their waterfront location at John's Pass.

"Once or twice a month for multiple days in a row we have to work really hard to push this sand back," said Hubbard. "If we don't do that with our big boats, this sand will overtake our docks." 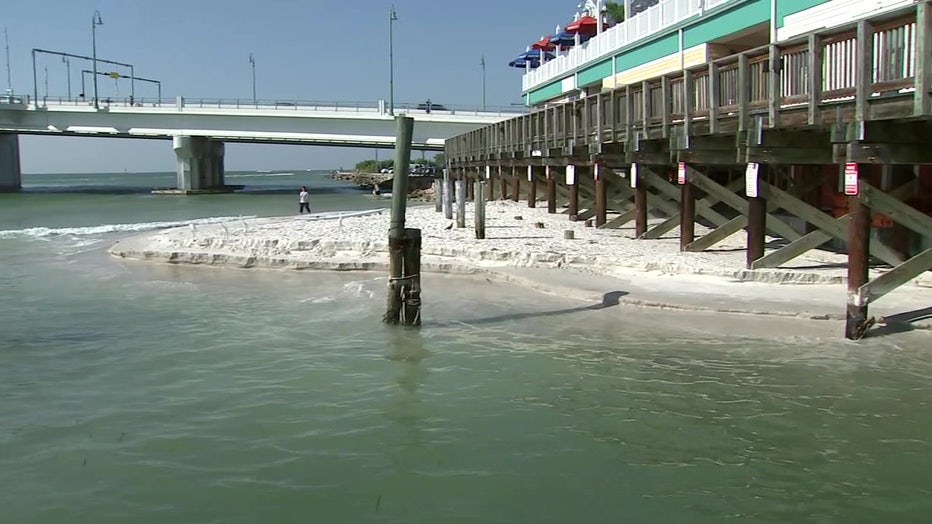 It doesn't take much. Something as simple as a storm can stir up the sand, causing it to move and wreak havoc for businesses along the boardwalk.

"In a week, it can move almost 30 feet with some bad weather. So imagine if our boats weren't here holding that sand back every month, this sand would travel down the boardwalk and shut businesses down," said Hubbard.

However, the problems don't stop there. The sand buildup is also blocking drains, causing the streets to flood with stormwater. The sandy shores that have formed over time are also inviting beachgoers to areas where swimming just isn't safe, like in the Pass. 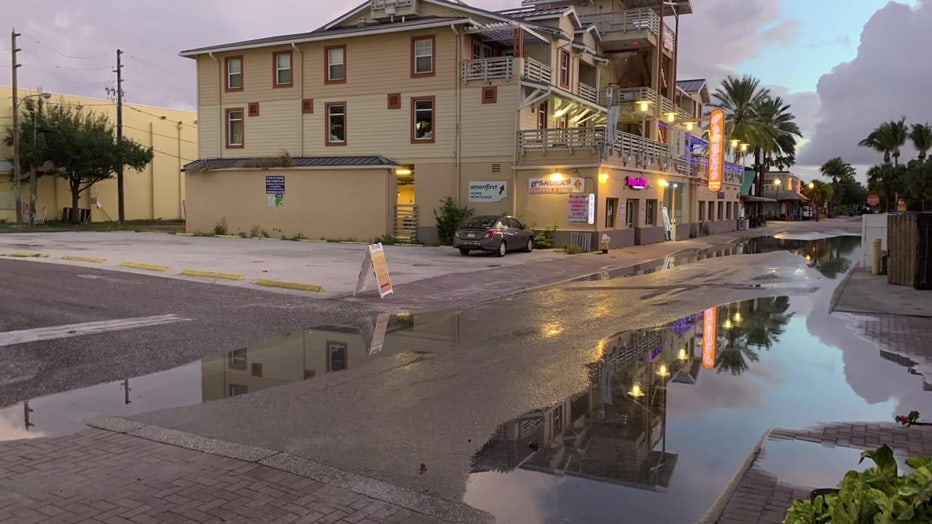 "We have incredible amounts of boat traffic and currents. There have been 30 water rescues year to date this year alone, compared to only 12 water rescues last year," explained Hubbard. "To quote the City of Madeira Beach fire chief, we're on borrowed time before something more serious happens."

Hubbard said they've tried everything. However, he claims that until the county steps in to offer their help, Hubbard and the dozens of other business owners along John's Pass are just left to wait and hope they don't run out of time.

"If we don't have a long term fix here, you're going to see John's Pass lose water access and instead of being a waterfront boardwalk, it's going to be a sand front boardwalk," said Hubbard. "We just need some support. We need some help." 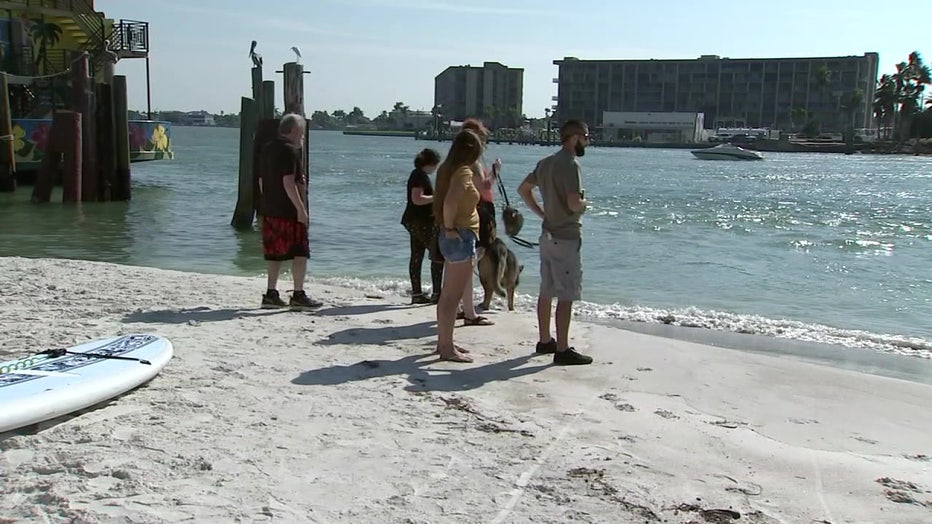 Hubbard told FOX 13 that the mayor and vice mayor of Madeira Beach have been working to do what they can to fix the issue. However, he said no changes can be made until Pinellas County is involved.

FOX 13 reached out to Pinellas County for comment, but we have yet to hear back.