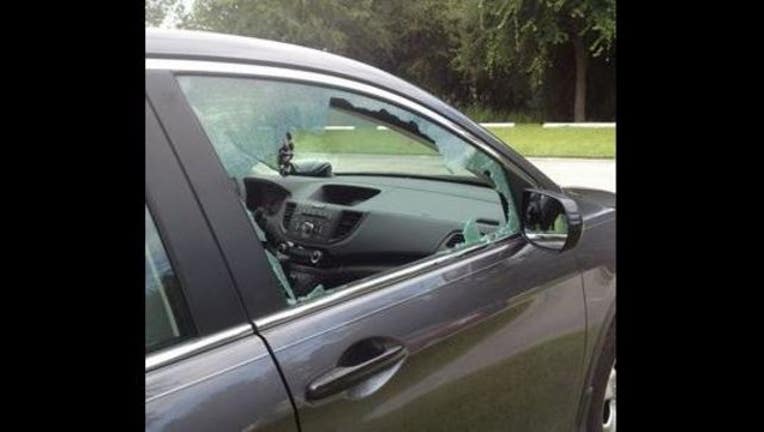 Around nine, Our Lady of Angels Church congregation members walked out to find five cars had windows smashed in and valuables stolen.

Shortly after, one car was broken into at the House of Fellowship church about ten miles east.

"We think it was the same suspect. He basically went through the parking lot looking for valuables inside the vehicles," Manatee County Sheriff's Office Spokesperson Dave Bristow said. "People that do this go where ever there are a lot of cars. And that's what you have at a church service, a lot of cars."

Stephanie Skinner had stuffed her purse under the passenger side seat, and she never thought she'd have to worry about theft in a church parking lot.

"It's unfortunate that it happened in such a beautiful area," she explained.

Since her credit cards, her social security card and an iPhone were stolen, Stephanie's worried about identity theft.

"I hope they catch him. I hope they do. I hope he understands that he hurt me and he hurt my family and everyone else," she added.

All of the cars broken into were locked. There are no surveillance cameras, but investigators were able to collect evidence outside both churches.

The sheriff's office released the following description of the suspect: