TAMPA, Fla. - Plant High student Katie Golden was weeks away from graduating but she never made it. She died from a heroin overdose.

Her father, Cliff Golden, said they tried their best to help her overcome her demons. "She was a young girl, she got in a situation she didn’t know about, she did something, she made a mistake. We all make mistakes, but we don’t die for them. But unfortunately this mistake, she died from.”

However, prosecutors say Katie’s boyfriend at the time, Titan Goodson, pushed drugs on the 17-year-old and is responsible for her death.  He is now facing manslaughter charges.

On Friday, Goodson’s attorney said Katie was no saint.

“Katie Golden, prior to April of 2017, was a junkie, unfortunately, tragically,” attorney Norman Cannella said. “She’s been portrayed as an angel who happened to have come in contact with the defendant and the defendant pushed this heroin on her.” 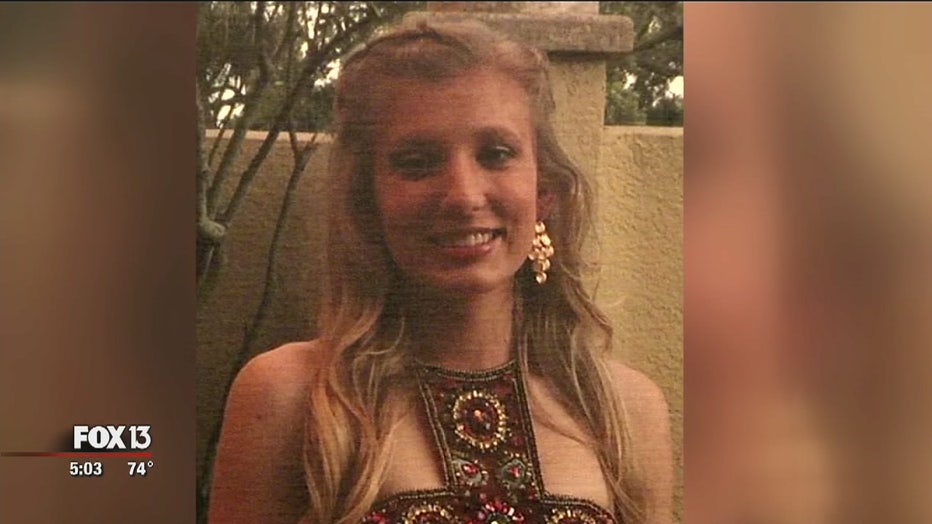 Watching all of this from the gallery was Titan Goodson’s mother.  Earlier this week, Titan’s father, Rocky Goodson, was arrested for violating his probation. He was allegedly caught with heroin.

Prosecutor Scott Harmon says both parents are drug users. In fact, they plan to play a jailhouse recording for the jury, showing Titan’s mom instructing her son how to properly use drugs.

"Where the defendant says to her, 'I’ve obtained a pill for me and one for Katie and a bag of cocaine.' They have a discussion about it.  His mother advises him on which drug to use first," Harmon told the judge.

The trial is set to start in December.

RELATED: Mother of teen who died of drug overdose pushing for stricter laws