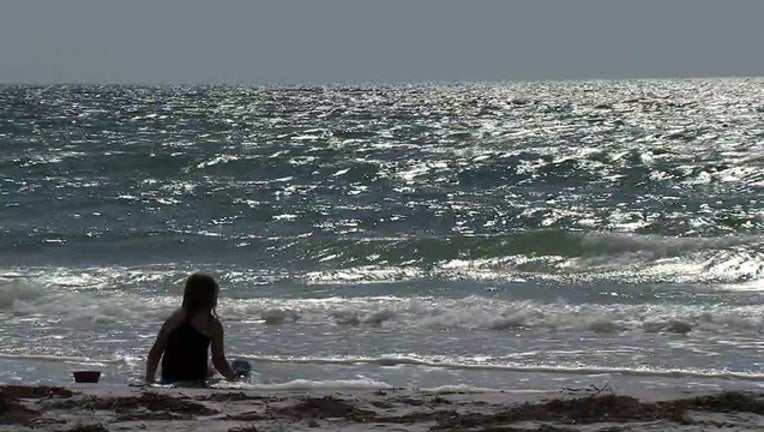 SARASOTA, Fla. - A new report released Tuesday found Hernando County leading the state in a top-10 list that may cause swimmers to think twice before jumping in at the beach.

Conducted by the nonprofits Environment America Research & Policy Center and Frontier Group, the study examined tons of beaches across the U.S. and found more than half of all sites tested were so polluted that they put swimmers at risk of getting sick on at least one day in 2018.

The report warned that sewage and fecal contamination of swimming areas are a threat to public health, potentially leading to infections, skin rashes and breathing problems among other effects.

The study tested more than 260 beaches in Florida and found 180 of them had at least one unsafe beach day in 2018. In Hernando County, the average beach was potentially unsafe for swimming on 38 percent of the days researchers took samples. It's a higher percentage than any other county in Florida.

When it comes to the number of unsafe swimming days in 2018, three Sarasota County beach sites made the top 10 in the state: Bird Key Park showed 17 potentially unsafe days. Venice Fishing Pier had 15 and Venice Beach had 13 days that were potentially not safe for swimming.

All three sites were tested on at least 63 separate days.

According to the report, the pollution at beaches is coming from urban runoff, sewage overflow and failing septic systems.

To avoid getting sick from contaminated beach water, officials with the Environmental Protection Agency recommend that beachgoers look for signs indicating that the beach is closed or that the water is not safe because of bacteria. It is best to avoid swimming at beaches where storm water or other discharge pipes are visible.

Another precaution: Do not swallow the water. You are less likely to get sick if you swim without putting your head underwater. Also, keep open wounds out of the water. You can get an infection just from getting polluted water on your skin, so it's even more important to keep it out of open wounds.

Finally, make sure your kids wash their hands after they play in the sand. The EPA has linked digging in beach sand to an increased risk of getting sick.

After the publication of this story, Environment America Research removed the report from its website and posted the following statement:

Since we released the beaches report, some of our data has been called into question. To ensure the utmost accuracy, we are revisiting all the data and we will make our findings public as soon as possible.​​​​​​​