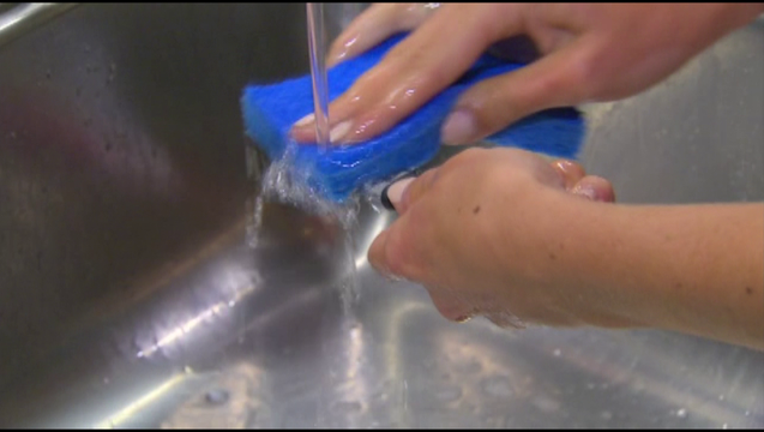 (FOX 13) - German researchers say they have discovered more bacteria on the common household kitchen sponge than on a toilet seat.

The researchers say kitchens and bathrooms are basically “microbial incubators,” but the kitchen sponge is where germs are most likely to have “colonization success.”

Bacteria found during the study included E. coli, campylobacter (one of the main causes of diarrheal diseases), Enterobacter cloacae, Klebsiella (which can cause pneumonia), Proteus (which can cause urinary tract infections, salmonella, and staphylococcus.

The scientists noted that previous research has partially pointed this out, spurring the production of everything from commercial products to DIY videos to help homemakers sanitize kitchen sponges.

Methods like microwaving or boiling the sponge were born from these revelations and, research shows, can significantly reduce bacteria – but only in a lab environment. This new research shows that bacteria from a real-world, used kitchen sponge is much more resistant to common cleaning methods.

“Our work demonstrated that kitchen sponges harbor a higher bacterial diversity than previously thought,” the report says. “From a long term perspective, sponge sanitation methods appear not sufficient to effectively reduce the bacterial load in kitchen sponges and might even increase… bacteria.”

The researchers suggest the obvious: Replace your kitchen sponge often. They say, on a weekly basis.