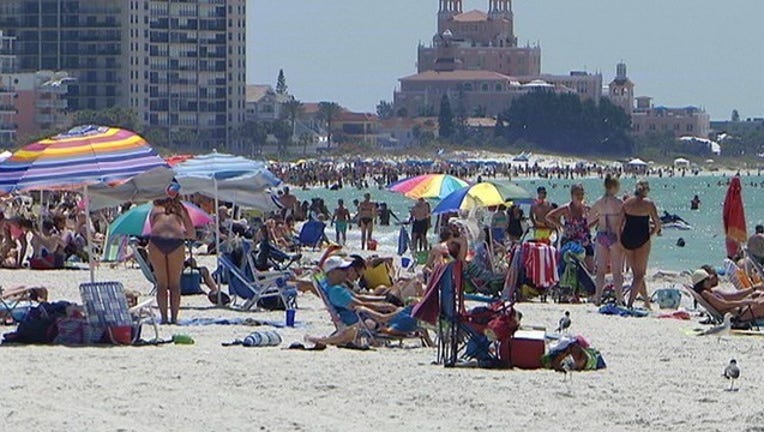 We don't like to think about it when we're loading the car with beach chairs, towels and sunscreen, but a trip to the shore could be bad for your health, and apparently it’s for reasons far beyond a sunburn.

Reports have commonly shown the water can be filled with bacteria, but a new study shows the sand might be even worse.

The study was conducted in Hawaii, the journal ‘Environmental Science & Technology’ reports, and found that bacteria also lives in the sand, where it takes longer to dissipate than it does in the water.

Researchers said bacteria like E. coli and fecal matter take longer to decay in sand, partly because the particles shelter the bacteria from direct sunlight- which would otherwise act as a growth-deterrent.

So, the bacteria is there, where families set up beach blankets, build sand castles or look for shells.

Coming in contact with fecal-contaminated sand or water can result in a stomach ache, diarrhea and rashes, health experts warn.

So the question is- how dirty are the beaches?

Most of the time, officials say not enough to really be a cause for concern, but researchers say sand needs to be considered when beach closings are announced, as it's a matter of public health.