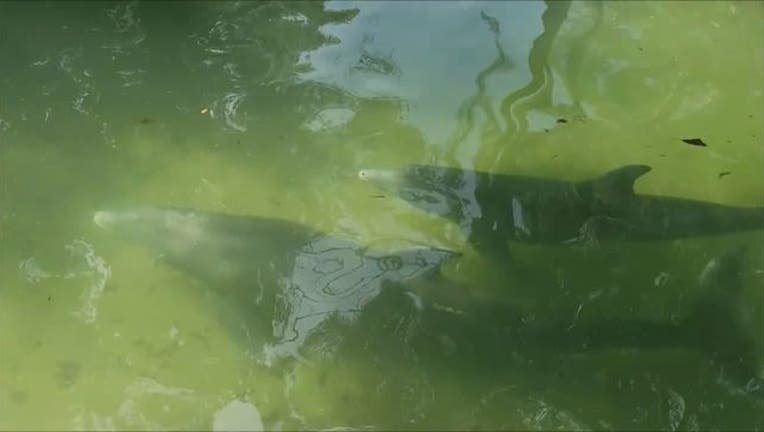 TAMPA (FOX 13) - Humans appear to not be the only living creatures that suffer with Alzheimer’s disease.

Until recently, scientists thought only humans were susceptible to the disease. However, that changed in August when Kent State University researchers detected traces of the disease in chimpanzees. Now, a recent study found similar signs in dolphins, which are known for their extreme intelligence.

The new study from Oxford University published in the journal, “Alzheimer’s & Dementia,” describes how an international team of researchers found signs of amyloid plaques and tau proteins in dolphins’ brains.

The team notes their work doesn’t tell us how the dolphins may be affected by their own version of the disease or whether they suffer with any associated memory loss or confusion.

Experts said those questions won’t be answered until behavioral tests are performed on captive dolphins, which is something researchers don’t usually advocate.

The study can be found here.