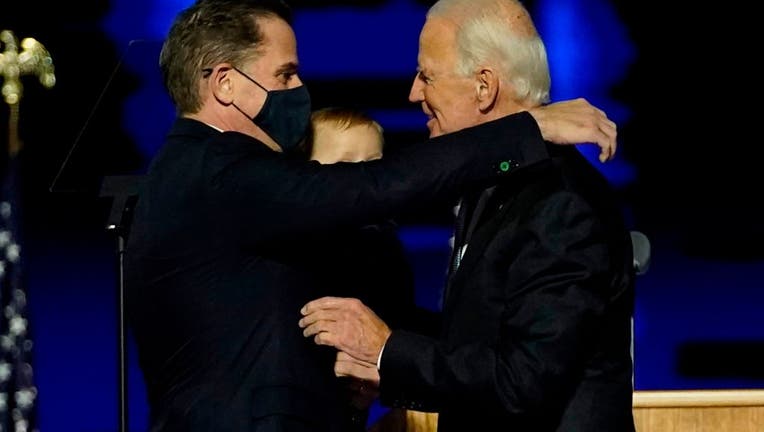 WASHINGTON - A subpoena seeking documents from Hunter Biden asked for information related to more than two dozen entities, including Ukraine gas company Burisma, according to a person familiar with a Justice Department tax investigation of President-elect Joe Biden’s son.

The breadth of the subpoena, issued Tuesday, underscores the wide-angle lens prosecutors are taking as they examine the younger Biden’s finances and international business ventures.

Hunter Biden’s ties to Burisma in particular have long dogged the policy work and political aspirations of his father, Joe Biden, now the president-elect of the United States. It’s unclear whether Hunter Biden’s work at the Ukrainian company is a central part of the federal investigation or whether prosecutors are simply seeking information about all his sources of income in recent years.

The person was not authorized to discuss an ongoing investigation publicly and spoke to The Associated Press on condition of anonymity.

A lawyer for the younger Biden, George Mesires, did not immediately return a phone message seeking comment for this story and a spokesman for the Biden transition team declined to comment.

Hunter Biden confirmed Wednesday that his taxes are under federal investigation. The revelation comes at a delicate time for the president-elect, who is building out his Cabinet and will soon decide on his nominee to run the Justice Department, the same department overseeing the investigation into his son.

The probe was launched in 2018, the year before his father announced his candidacy for president. At one point in the investigation, federal prosecutors were also examining potential money laundering offenses, two people familiar with the matter told the AP.

Hunter Biden said he only learned of the investigation on Tuesday.

The younger Biden joined the board of Burisma in 2014, around the time his father, then vice president, was helping conduct the Obama administration’s foreign policy with Ukraine. President Donald Trump and his allies have long argued, without evidence, that Hunter Biden’s work in Ukraine influenced the Obama administration’s policies toward the Eastern European nation.

Senate Republicans said in a report earlier this year that the appointment may have posed a conflict of interest but did not provide evidence that any policies were directly affected by Hunter Biden’s work.

For months, the U.S. attorney’s office in Pittsburgh has also been collecting information from Trump’s attorney, Rudy Giuliani, and others as part of the Justice Department’s process to receive and analyze information related to Ukraine, including documents Giuliani wanted to present to prosecutors that he had been gathering in Ukraine about Joe and Hunter Biden.

In announcing that process in February, Barr cautioned that the department had to be careful about any information coming from Ukraine, saying: “There are a lot of agendas in the Ukraine, a lot of cross currents. And we can’t take anything we received from Ukraine at face value.”

The former New York City mayor was a main character when the House voted to impeach Trump. The impeachment inquiry centered on Trump’s dealings with Ukraine’s president and whether he abused his office by seeking the investigation into the Bidens. Giuliani pressured officials to do the investigations and has been pushing unsubstantiated corruption allegations against the Bidens.

Giuliani himself had also been under federal investigation, with federal prosecutors in Manhattan examining whether he failed to register as a foreign agent, according to people familiar with the matter. It was unclear whether that investigation remains active as Trump has discussed the possibility of preemptive pardons for some of his family members and close associates, including Giuliani.