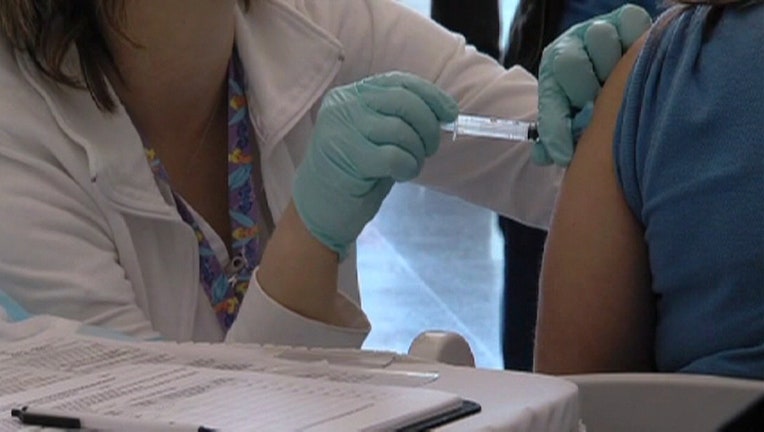 WASHINGTON - People on six continents already are getting jabs in the arm as the race for a COVID-19 vaccine enters a defining summer, with even bigger studies poised to prove if any shot really works -- and maybe offer a reality check.

Already British and Chinese researchers are chasing the coronavirus beyond their borders, testing potential vaccines in Brazil and the United Arab Emirates because there are too few new infections at home to get clear answers.

The U.S. is set to open the largest trials -- 30,000 people to test a government-created shot starting in July, followed about a month later with another 30,000 expected to test a British one.

Those likely will be divided among Americans and volunteers in other countries such as Brazil or South Africa, Dr. Anthony Fauci of the National Institutes of Health told The Associated Press.

While he’s optimistic, “we’ve been burned before,” Fauci cautioned.

Multiple successes, in multiple parts of the world, are vital.

“This isn’t a race of who gets there first. This is, get as many approved, safe and effective vaccines as you possibly can,” Fauci said.

Vaccine experts say it’s time to set public expectations. Many scientists don’t expect a coronavirus vaccine to be nearly as protective as the measles shot.

If the best COVID-19 vaccine is only 50% effective, “that’s still to me a great vaccine,” said Dr. Drew Weissman of the University of Pennsylvania.

“We need to start having this conversation now,” so people won’t be surprised, he added.

And for all the government promises of stockpiling doses in hopes of starting vaccinations by year’s end, here’s the catch: Even if a shot pans out -- and it’s one that your country stockpiled -- only some high-risk people, such as essential workers, go to the front of a very long line.

“Will you and I get vaccinated this year? No way,” said Duke University health economist David Ridley.

Vaccines train the body to rapidly recognize and fend off an invading germ. About 15 experimental COVID-19 vaccines are in various stages of human studies worldwide.

And while there’s no guarantee any will pan out, moving three different kinds into final testing offers better odds -- especially since scientists don’t yet know just how strong an immune reaction the shots must spark to protect.

Measuring that with the first proven vaccine will “really help us understand for all the other vaccines in development, do they also have a chance?” said Oxford University lead researcher Sarah Gilbert.

Only China is pushing out “inactivated” vaccines, made by growing the new coronavirus and killing it. Vaccines by Sinovac Biotech and SinoPharm use that old-fashioned technology, which requires high-security labs to produce but is dependable, the way polio shots and some flu vaccines are made.

RELATED: Who would be the first to get a COVID-19 vaccine?

Most other vaccines in the pipeline target not the whole germ but a key piece -- the “spike” protein that studs the surface of the coronavirus and helps it invade human cells. Leading candidates use new technologies that make shots faster to produce but haven’t yet been proven in people.

Oxford’s method: Genetically engineer a chimpanzee cold virus so it won’t spread but can carry the gene for that spike protein into just enough cells to trick the immune system that an infection’s brewing.

Another vaccine made by the NIH and Moderna Inc. simply injects a piece of the coronavirus genetic code that instructs the body to produce harmless spike copies that the immune system learns to recognize.

Researchers must test thousands of people not where COVID-19 is surging -- because then it’s too late -- but where it’s smoldering, Fauci said.

Only if the virus starts spreading through a community several weeks after volunteers receive either a vaccine or a dummy shot -- time enough for the immune system to rev up -- do scientists have the best chance at comparing which group had more illness. 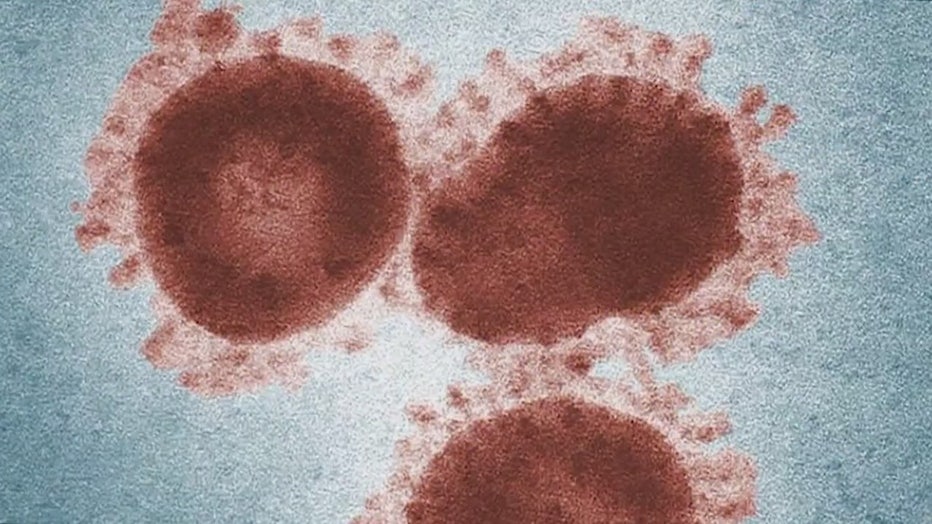 Lacking a crystal ball, the NIH has vaccine testing networks in the U.S., South America and South Africa on standby while finalizing decisions on the summer tests.

“We’re going to be doing it in multiple sites with a degree of flexibility” so researchers can rapidly shift as the virus moves, Fauci said. “Nothing is going to be easy.”

The Oxford shot, with a 10,000-person study underway in England, already encountered that hurdle. Gilbert told a Parliament committee last week that there’s “little chance, frankly” of proving the vaccine’s effectiveness in Britain after infections plummeted with the lockdown.

So her team looked abroad. In addition to the planned U.S.-run study, Brazil last week began a last-stage test of the Oxford shot in 5,000 health workers, the first experimental COVID-19 vaccinations in South America. In another first, South Africa opened a smaller safety study of the Oxford shot.

With few new infections in China, Sinovac next month will begin final tests in 9,000 Brazilian volunteers. And SinoPharm just signed an agreement with the United Arab Emirates; that study’s size isn’t clear.

Animal research suggests COVID-19 vaccines could prevent serious disease but may not completely block infection. One study that dripped the coronavirus into monkeys showed vaccinated animals avoided pneumonia but had some virus lurking in their noses and throats. Whether it was enough to spread to the unvaccinated isn’t known.

Still, that would be a big win.

“My expectations have always been that we’ll get rid of symptomatic disease. From what we’ve seen of the vaccines so far, that’s what they do,” said Penn’s Weissman.

CDC estimates as many as 20 million contracted the coronavirus

CDC estimates that as many as 20 million people have contracted the coronavirus.

The initial vaccines might be replaced with later, better arrivals, as historically happens in medicine, noted Duke’s Ridley.

And while shots in the arm are the fastest to make, those for respiratory diseases require virus-fighting antibodies to make their way into the lungs. Gilbert said Oxford eventually will explore nasal delivery.

Some U.S. lawmakers worry about pressure from the Trump administration to push out an unproven shot during the fall election season.

“We want a vaccine, not a headline,” Sen. Jack Reed, a Democrat from Rhode Island, said at a recent Senate committee hearing.

Dr. Stephen Hahn, commissioner of the Food and Drug Administration, pledged to a House committee last week that any decision would be based on science.

Different countries have different rules about when to release a vaccine. For the U.S., Fauci insisted there will be no safety shortcuts, a key reason NIH is investing in such huge studies.

Regardless of how and when a vaccine arrives, each country also will prioritize who’s first in line as doses become available. Presumably they’ll start with health workers and those most vulnerable to severe disease — as long as each shot is proven to work in at-risk groups such as older adults.

Because each vaccine works differently, “which population group it will protect, we don’t know yet,” said Dr. Mariangela Simao of the World Health Organization, which is advising countries on how to choose.