SURFSIDE, Fla. - Officials in Surfside released body camera footage Tuesday from the first police officers who responded to the collapse of a condo building that left 98 people dead.

The officers arrived just minutes after the east side of Champlain Tower South in Florida pancaked in the early morning hours of June 24.

"There’s a lot of dust. I can barely see anything," a Surfside Police officer said. "Is anybody there? This is huge. I mean, humongous. It’s gone. The whole back of the building is gone."

Each video lasts about 18 minutes. Clouds of dust billow as the officers make their way past the massive wreckage. The officers can be seen calling for survivors and escorting residents away from the part of the building that was still standing.

Witnesses were seen in the video running up to responding officers to describe what they saw and heard.

"All of the sudden, I hear like a [expletive] jet right through the front of my [expletive] balcony," a man said.

Another witness told an officer, "They got to get out of there."

"What fell? What collapsed?" an officer asked.

"Is there a fire?" an officer asked.

"No, the building collapsed," another officer said.

The remaining portion of the condo tower that collapsed in South Florida was demolished on the Fourth of July.

Officials are still working to determine the cause of the collapse. Rescue workers spent about a month searching the site for remains. Debris was moved to a warehouse near Miami International Airport, where forensic specialist continue to investigate.

At the end of July, the last victim in the condo collapse was identified. Days before, the site of the June 24 collapse was mostly swept flat, the rubble moved to a Miami warehouse. 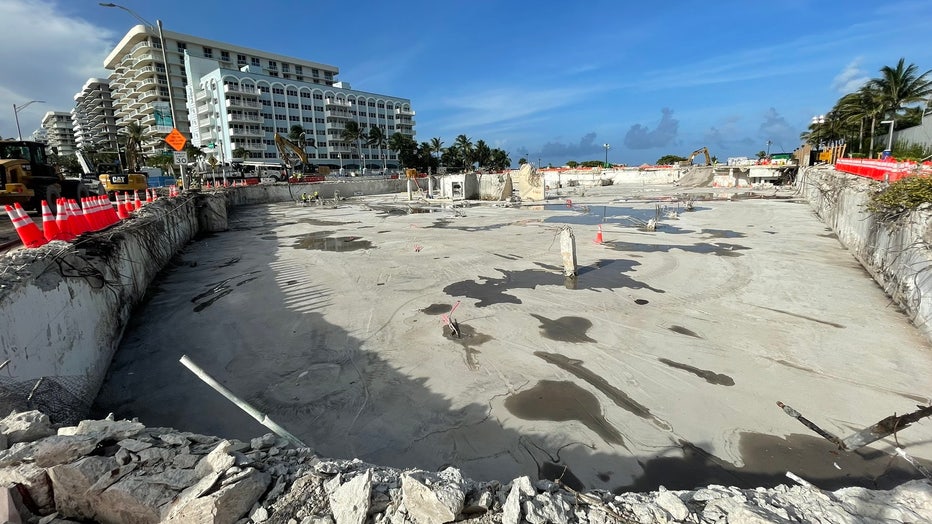 Less than a month after a 12-story oceanfront condo building collapsed in South Florida, the massive pile of rubble left behind at the site was removed. (Photo: Sen. Jason Pizzo/Twitter)

Search and rescue crews worked 12-hour shifts while camping out at the site and also dealing with the heavy emotional burden.

The tragedy that befell the tiny town of Surfside prompted an outpouring of love from far and wide where locals donated their homes and apartments to victims, children colored cards for rescuers, piles and piles of food were donated and tens of millions of dollars raised for the victims. 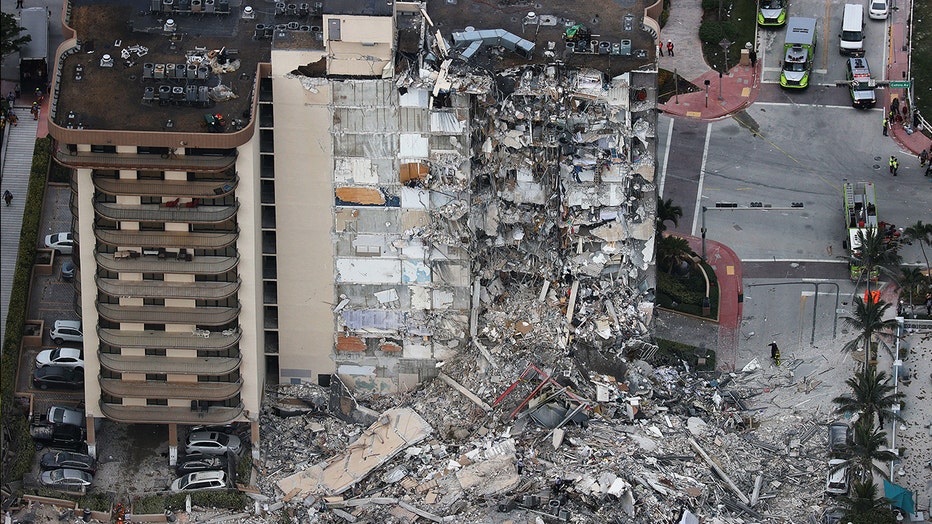 Search and Rescue personnel work after the partial collapse of the 12-story Champlain Towers South condo building on June 24, 2021 in Surfside, Florida.

The mayor expressed hope that those kindnesses would be "a powerful and lasting reminder of how deeply connected we truly are in the best of times and in the worst of times."

The dead included members of the area’s large Orthodox Jewish community, the sister of Paraguay’s first lady, her family and their nanny, along with an entire family of four that included a local salesman, his wife and their two young daughters, 4 and 11, who were buried in the same coffin.

It's still unclear what will happen at the collapse site. The collapse became the largest non-hurricane related emergency response in state history.