Zookeepers at a zoo in the UK were shocked to find one of their orangutans had given birth in her enclosure, months after her pregnancy tests came back negative.

CHESHIRE, U.K. - Zookeepers at a zoo in the UK were shocked to find one of their orangutans had given birth in her enclosure, months after her pregnancy tests came back negative.

“The pregnancy tests we had carried out on Leia in the months prior to the birth had actually returned negative results," said primate keeper Chris Yarwood. "It was therefore a wonderful surprise to arrive one morning to see her protectively cradling a beautiful new arrival."

The zoo said the infant is "bright and alert" and suckling well from its mom. 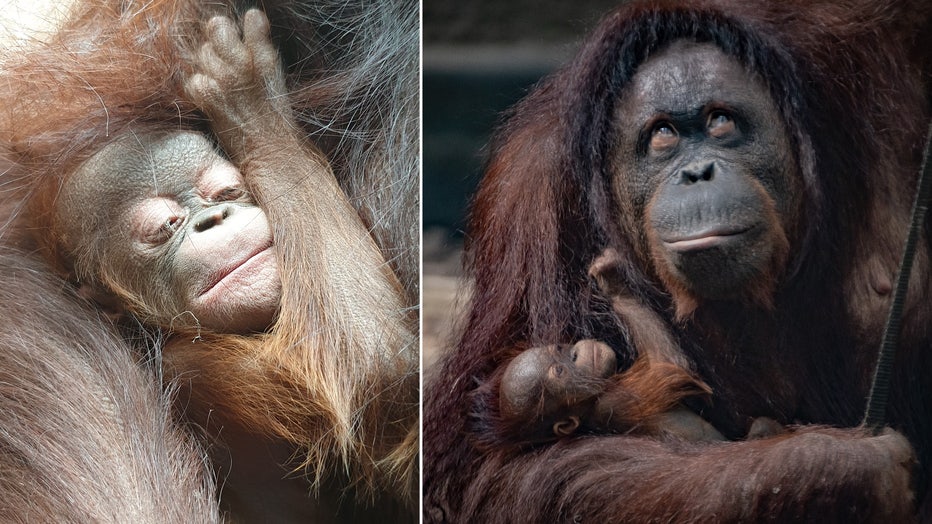 RELATED: Zoo removes parrots from view after they kept cursing at visitors

Because Leia has been incredibly protective of her new baby, staff have not yet been able to determine the newborn's gender.

“Leia enjoys spending lots of time alone with her baby and has so far been quite shy about showing it off," Yarwood said.

RELATED: 'Rockstar' raccoon battles cancer for more than a year

Leia is one of the zoo's Bornean orangutans, which are considered critically endangered.

The only place they are found in the wild is on the island of Borneo in Indonesia. The species is threatened by illegal hunting, habitat destruction and the conversion of their forest to palm oil plantations, the zoo said.