TAMPA, Fla. - During a virtual court hearing Monday, prosecutors revealed they have lots of surveillance video related to the shooting death of 4-year-old Suni Bell.

Suni was killed on August 22 while riding in the back seat of a car driving on Hillsborough Avenue. It took several weeks for arrests to be made, but five men have since been arrested and indicted by a grand jury on charges of first degree murder, attempted first-degree murder, conspiracy to commit murder, and shooting into a vehicle.

As prosecutors lay out their case, we're seeing some of the evidence behind the arrests of Zvante Sampson, Quandraious Hammond, James Denson, Jaylin Bedward, and Andrew Thompson.

Court records show dozens of businesses that provided surveillance images and video from the night of the shooting.

Five arrests made in shooting of Suni Bell

Prosecutors say they now have the five men involved in the tragic death of a Tampa four year old, Suni Bell

One clip of surveillance video released by police last August shows the silver car Suni was riding in, and a dark-colored car following behind.

The child was sitting in a back seat when the car was sprayed by bullets on Hillsborough Avenue near 43rd Street. 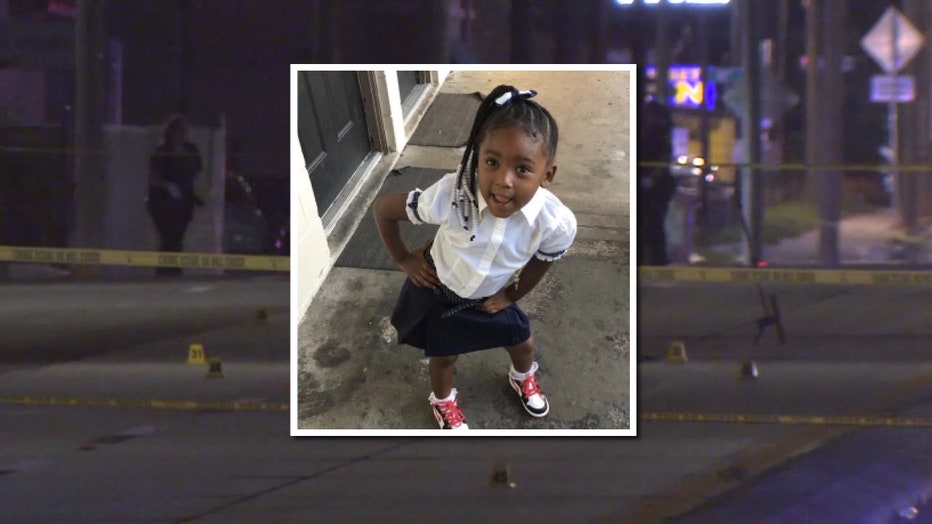 Bjorn Brunvand, who represents Jaylin Bedward, says the video evidence will be significant in this case.

It's the kind of evidence, he says works well with juries.

"Surveillance video can be very compelling both to suggest the defendant is the wrong person accused or to suggest that the state has the right defendant," explained Brunvand.

Arrests made in shooting of Tampa girl

Five men were arrested by US Marshals for the shooting that killed 4-year-old Suni Bell, providing the first step in bringing justice for a family who lost their ‘princess’ on August 22, 2021.

He says all five cases are in the early stages of discovery and a trial date is still far away.

All five have another court date in April.