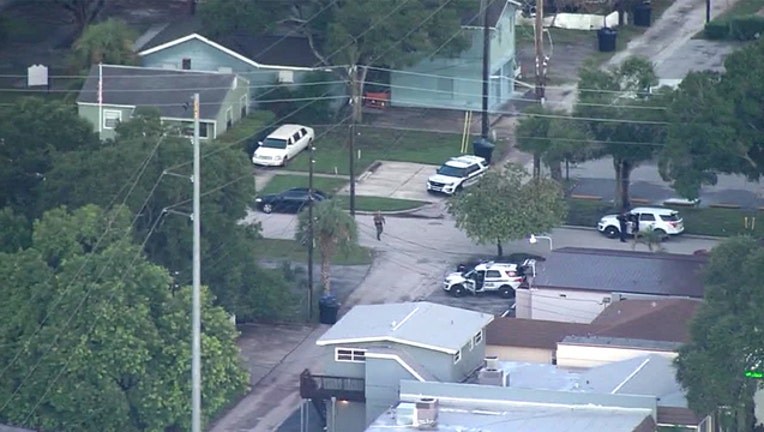 ST. PETERSBURG, Fla. (FOX 13) - A man is recovering at a hospital after he was shot at his St. Petersburg home, police said.

St. Petersburg police said the shooting occurred around 6 a.m. Thursday in the 5200 block of 1st Avenue South. Investigators said the two men, the suspect and victim, knew each other. One lives in the front of the home while the other lives in the rear of the home.

Police said the shooting occurred in the yard. Once units arrived, the shooter had already left the area. Soon after, police said they arrested the suspect, identified as 34-year-old Marquise Davis.

The victim is expected to survive. The events leading up to the shooting remain under investigation.