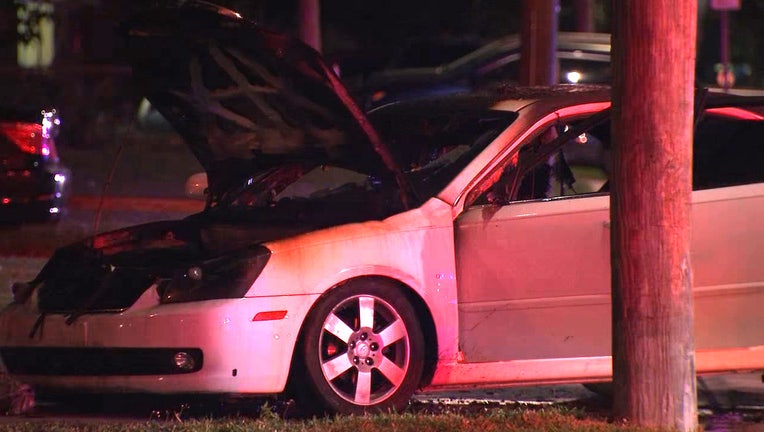 TAMPA, Fla. - Tampa police arrested a man who stole a vehicle, which then caught fire, they said.

The incident occurred early Friday morning in West Tampa. It's not clear how but the car caught fire after the suspect stole it. Then, police said, he took off running and was arrested a block away at Walnut Street and Tampania Avenue.

The suspect's name has not been released. The cause of the fire remains under investigation.