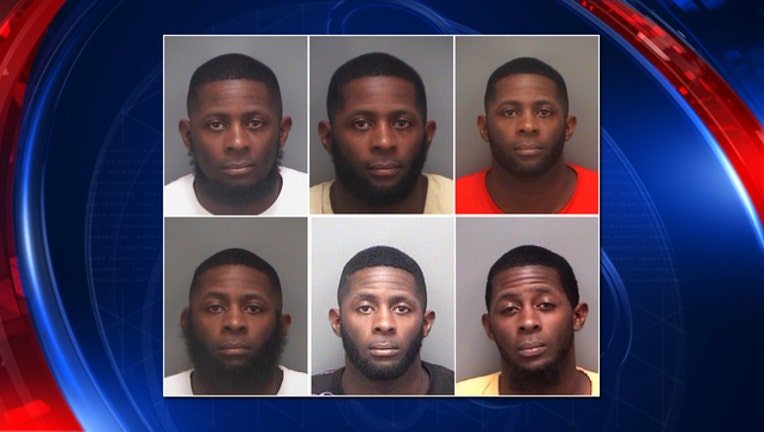 A series of Antonio Wright's mugshots, courtesy of PCSO.

"It seems like this is how he made his money," said Tampa Police Capt. Calvin Johnson. "It has been going on for a long time."

Police say they caught him in the act early Friday morning, as they followed him from his home to the Swann Avenue Market, where he allegedly smashed his way in and tried to take a cash register.

He allegedly tried to run, but was hit with a stun gun and taken to Tampa General Hospital.

His place of business, allegedly, was South Tampa. He was a commuter. It was his 29th suspected strike there since November of 2014.

"We are happy that they caught the guy," said the market owner, Chris Klein. "I wish it never happened in the first place."

Tampa police say he was dedicated in disguising himself, but that they got a break as they shared information with St. Petersburg police.

He was after cash and big-ticket items to pawn.

"He is not the only person that he was looking out for," said Johnson.

"Who would rob a bookstore? It's kind of silly," said Stefani Beddingfield, the store's owner.

Insurance covered her laptop and the $100 stolen.

Ironically, Beddingfield said the attention has increased business by a third.  "In a strange way, it made people remember us and that we were here."

After being tased, Wright was medically cleared and booked into the Hillsborough County Jail.

He has been arrested many times before, but only spent about a year in jail.