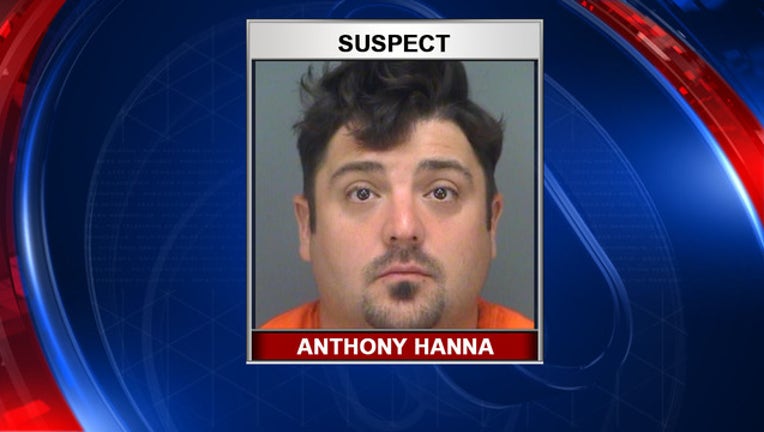 The incident happened around 11 p.m. at the intersection of 62nd Avenue North and 28th Street North in St. Petersburg.

According to deputies, 37-year-old Anthony Hanna crashed into the back of Pinellas County Deputy Darryl Martin's patrol SUV. Deputy Martin was waiting at the traffic light when he was struck.

Investigators said Hanna fled the scene after the crash. A witness in a separate vehicle followed Hanna to his home, where he was later arrested.