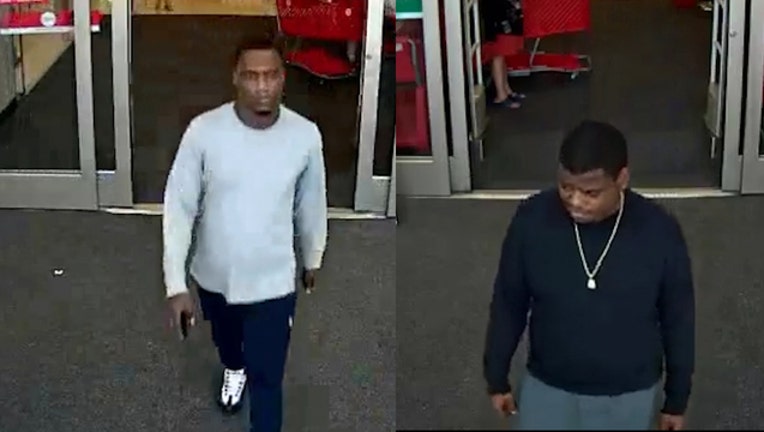 Police said the cards were stolen during a vehicle burglary at the L.A. Fitness, located at 21750 U.S. 19 North. The crime occurred on September 7.

According to investigators, the cards were then used at a Target in Pinellas Park and a Walgreens in Largo. The Clearwater Police Department released surveillance video of the duo exiting the Target store on September 7.