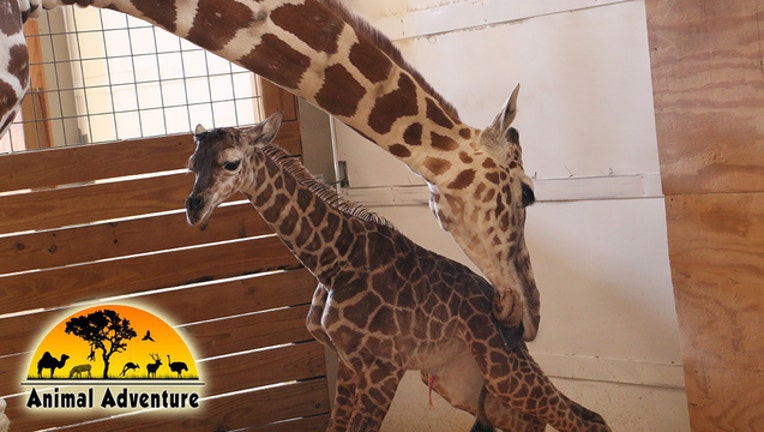 Tajiri, the giraffe whose birth became an internet sensation in 2017, is going to be moving to North Carolina by late fall, according to the Virginia-based nonprofit Wildlife Conservation Center.

The giraffe was born on April 15, 2017, in Harpursville, New York. Tajiri is the fourth calf of the now-famous April the giraffe.

Millions were glued to their computers in the spring of 2017, as April was livestreamed in anticipation of Tajiri’s birth.

Tajiri will be starting his new family at the Carolina Wildlife Conservation Park outside of Raleigh, the WCC said. The park is a new educational facility that is currently under construction and slated to be open to the public in the spring of 2019.

“Our staff Veterinarian and her team have been busy with the design of Tajiri’s barn and habitat. They have been visiting and consulting with places like Cheyenne Mountain Zoo in Colorado and the North Carolina Zoo in Asheboro to prepare for this exciting transition,” WCC said in a news release.

To learn more about Tajiri and his future family, click here.