TAMPA, Fla. - Graham Clark is now serving a three-year prison sentence for hacking Twitter, dozens of celebrities and stealing tens of thousands of dollars in Bitcoin.

"It’s amazing that we have an international criminal living in our own backyard," said defense attorney Anthony Rickman. 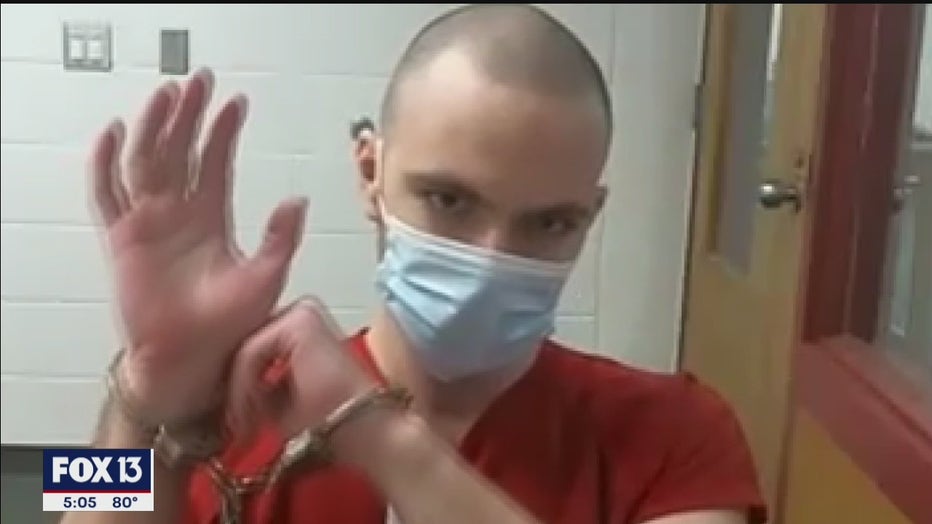 "Make no mistake, this is not an ordinary 17-year-old," explained Warren.

Rickman says Clark was perfecting his scams in grade school.

"He started his criminal career at 12 years old, going on Minecraft, scamming people on Minecraft, selling what’s called capes. It's your badge of honor in the Minecraft world," Rickman says.

Clark would sell the capes, take the money but never deliver the goods. He got away with it and then moved on to bigger scams.

"Sim swaps is when you take a cell phone of somebody and then you use that cell phone to get into someone's digital world and to their bank accounts," Rickman explains.

They say Clark flaunted his wealth at Gaither High school sporting designer watches and clothes and no one questioned it.

Tampa teenager Graham Clark pleaded guilty to fraudulent use of personal information, communication and organized fraud, and access to a computer without authority after hacking into Twitter accounts of prominent figures, including Barack Obama. Clark was sentenced as a youthful offender and gets 3 years in prison followed by 3 years’ probation. As part of the deal, Clark will be banned from using a computer while serving his sentence and may qualify to serve part of his sentence in a military style boot camp.

Graham then tried his hand at role-playing.

"He would call AT&T in order to get someone’s phone number he would call the provider pretending to be an employee get access through the terms and language that employees use, " Rickman said.

But his biggest criminal act caught the world’s attention.

FBI Special Agent in Charge, Michael McPherson, joins Good Day to explain how a 17-year-old could have pulled off a Twitter hack,.

"With the ability to potentially shut down economies around the world, potentially start world war III  what did he do? a simple bitcoin scam at the end of the day he acted like a kid," snickered Rickman.

They say Clark and two others would urge followers to donate funds with a false promise to double the donation. In all, investigators say Clark stole $117,000 in virtual currency.

After his arrest Clark's digital associates zoom bombed a virtual court hearing, posing as members of the media.

The whole thing shut down after pornographic images appeared on the screen.

Clark is now locked up at a youthful offender facility for the next three years and is now banned from using a computer. Prosecutors say the one thing in life he really mastered but used it to do bad things.

The Tampa teen accused of scamming high-profile people out of thousands of dollars by hacking Twitter accounts made his first appearance in a Hillsborough County courtroom.