A place to heal

TAMPA, Fla. - Many veterans feel a void when they leave the military and it can take a toll on some soldiers, but there is a place for Bay Area vets to heal from the physical and emotional traumas of war.

"When days are getting stressed, I know there's going to be a little bit of light at the end of the tunnel. Knowing that I'm going to be able to get on the ice and kind of let some of that stress go," said Lopez. "But more importantly, to be able to talk to my teammates about some of the issues I may be going through."

Lopez is part of The Tampa Warriors Hockey Program. It's a hockey league that provides emotional and physical support for veterans.

"We've got to support all of our folks coming back, especially the folks coming back from the battlefield with invisible scars, that they know we need to be able to recognize it and let them know that it's safe to ask for help and we have plenty of resources to help them with it," explained Chris Scangarello, executive director of Tampa Warriors. 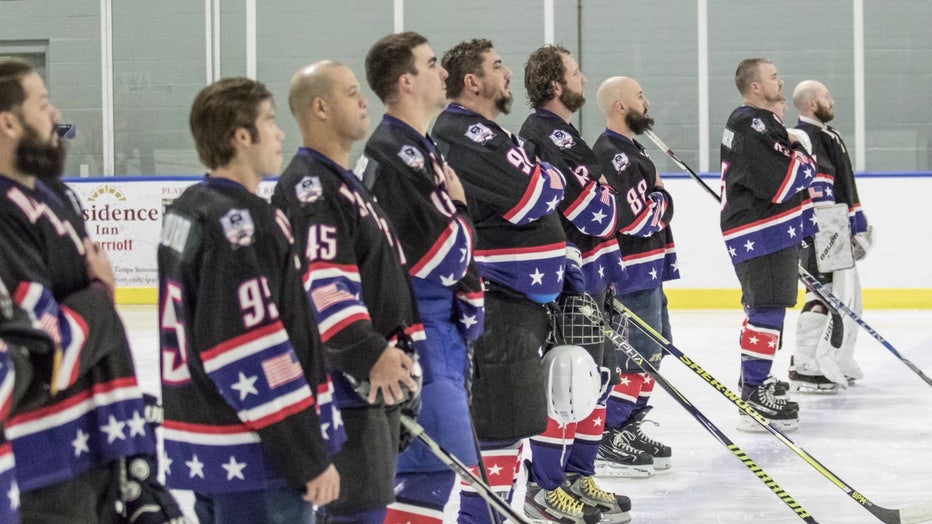 Veterans say the group is needed.

"We lose about 22 veterans a day to suicide. And if you add that up over the year, it's about 8,000 people, which is equivalent to a division an army division that we lose every single year just to suicide," Scangarello stated.

Family members are glad to see their loved ones bond with fellow soldiers. 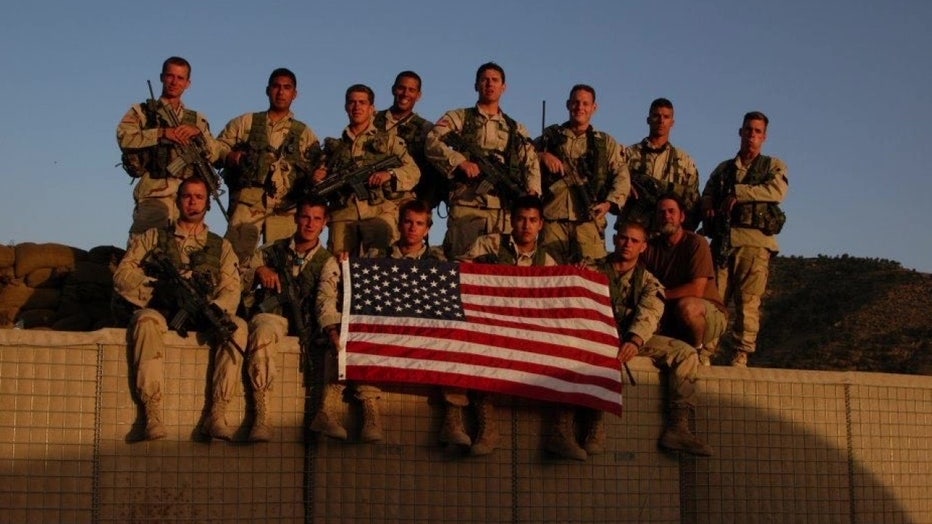 "They've seen things that thank God we've never seen, and we don't know how to receive it. And they don't know how to convey to us what's really going on. But with this amazing organization, they're able to come and talk about things that civilians just wouldn't understand," said Denise Scangarello, Chris's wife. "And it's a healthy outlet, as opposed to some of the more unhealthy outlets that unfortunately plague our veterans."

The group also does service projects to give back to the community. They help clean up parks and beaches in the local area. 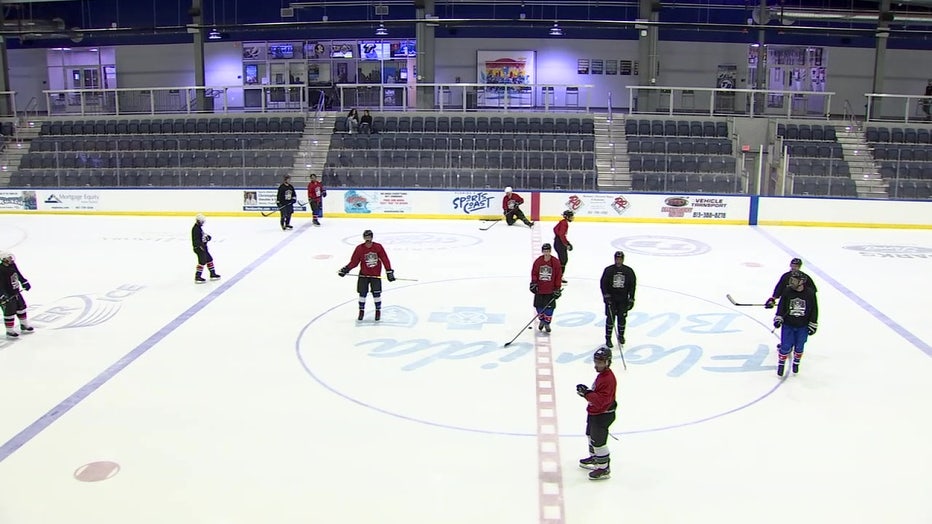 The Tampa Warriors Hockey Program is a recreational and competitive environment that is therapeutic and educational for retired veterans. The organization was started about five years ago.