TAMPA, Fla. - It’s easy to take clean water for granted in the U.S., but not everyone around the world has that access. An inventor in Tampa is helping solve the problem.

Engineers at the University of South Florida created a solar-powered wastewater treatment machine called the NEWgenerator that treats wastewater. ‘NEW’ stands for nutrients, energy, and water.

The invention is about to be mass-produced to help communities in South Africa and India.

"What it is, is a packaged wastewater treatment system. We treat it to the point where you can reuse the water for non-potable use, such as for toilet flushing, for cleaning the facility," said Robert Bair, a senior development engineer at the University of South Florida who helped develop the NEWgenerator. 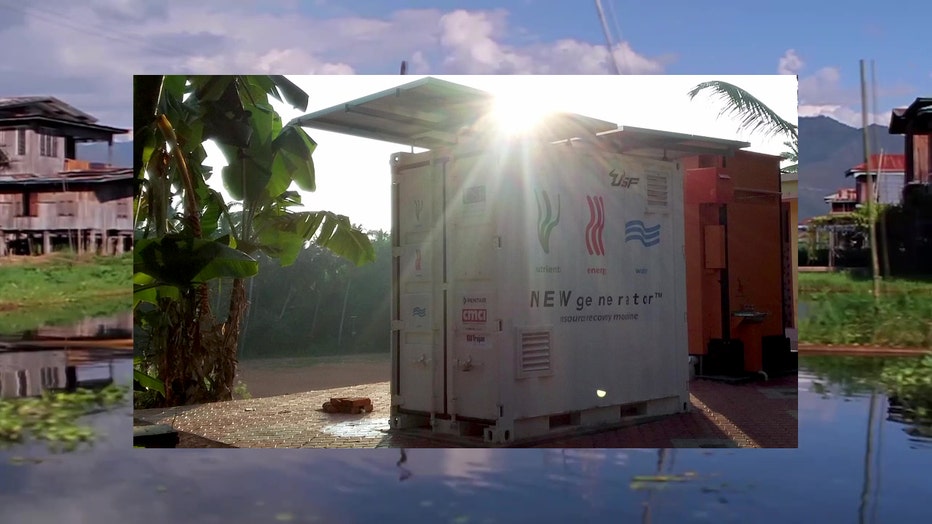 The system prevents untreated wastewater from going straight into the environment, which happens in densely populated communities in developing countries.

"So not only is there an issue with access to clean drinking water, but there's enormous deficit of sanitation systems or wastewater treatment systems globally," said Bair.

"Right now we're talking with a South African company as well as an Indian company. And the idea is for them to manufacture it locally using local labor and local parts, so that they can reduce the cost of the system and implement it throughout their countries," said Bair.

Their focus may be on the other side of the world, but Bair said there’s a water crisis right here, too.

"I think in the U.S., it's easy to imagine that we're far removed from this, but we have a number of septic tanks throughout the U.S. that are failing. And I think this technology could be applied in that context," said Bair.

"I'm very passionate about it and I'm really excited to see it move forward," he said.

The system started operating on a research and development basis in Durban, South Africa in 2018, and now it will be commercialized.