TAMPA, Fla. - Student researchers at the University of South Florida are testing an innovative way to reduce food waste and create a more sustainable environment, beginning with their college campus.

They’ve launched a Food Waste Recovery Initiative to divert food from landfills where it contributes to methane emissions and negative climate impacts. With the help of $25,600 in funding from the University, the team worked to develop machines called ‘biodigesters’ which can take food waste and produce renewable energy.

Up to 40% of food produced in the United States goes to waste, according to Whitney Fung Uy, Ph.D. candidate and lead researcher for the project. It’s reported college campuses as a whole waste 22 million pounds of food each year. 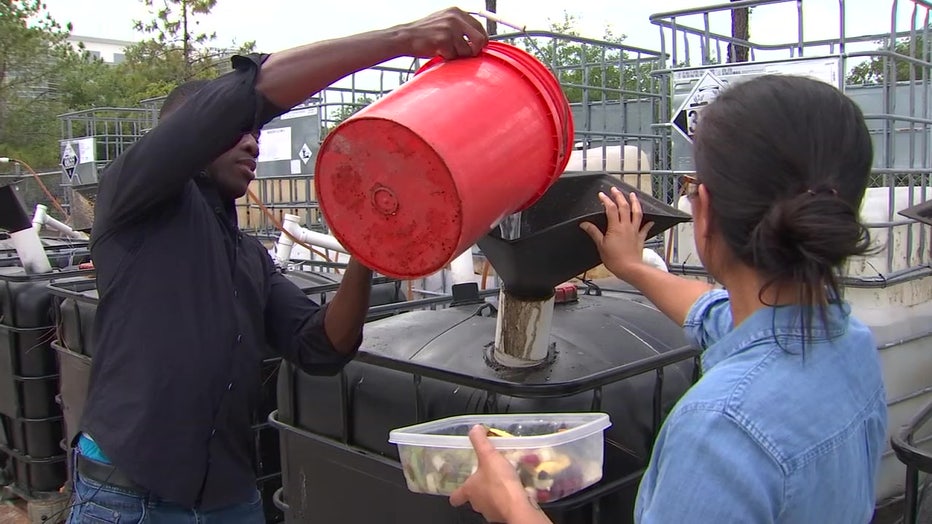 Her team’s work was recognized by USF with a Student Success Award for outstanding collaboration.