TAMPA, Fla. - A woman accused of intentionally drowning her four-year-old daughter in the Hillsborough River will head to trial nearly four years later.

Before the jury is seated, prosecutor Jennifer Johnson made a surprising 11th hour request to push back the trial date because an important witness is not available. Johnson told to the judge the witness will ben a pilgrimage to Europe that was postponed for two years due to the pandemic.

Johnson explained the woman's church scheduled the trip without her input. Tampa judge Kimberly Fernandez did not hide her frustration.

"One day out of her life we've given her six months’ notice that she’s going to need to be here for trial a subpoena is not an invitation," said a fired-up Fernandez. 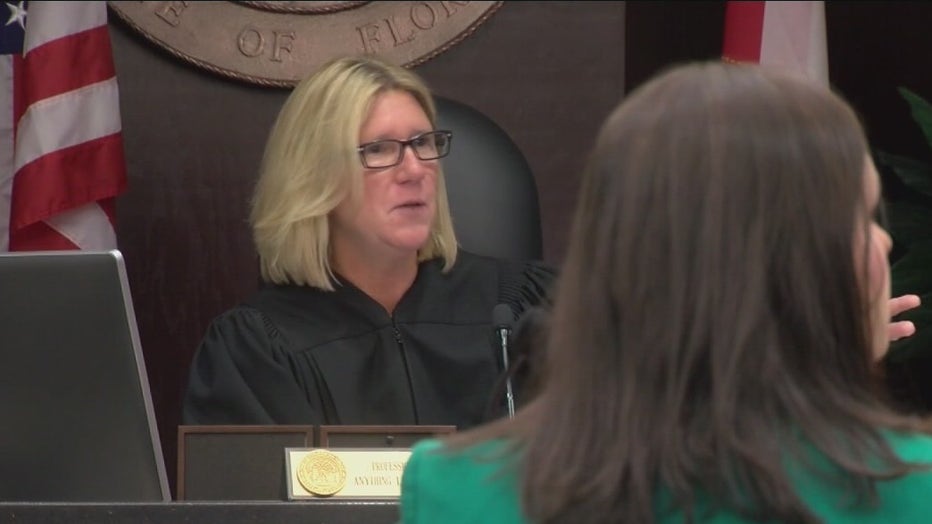 Fernandez denied the state's request to delay the trial date in June. Back in January prosecutors lost another battle when they wanted to allow doctors in "training" to observe an evaluation with Denson.

"This is a case where Ms. Denson is accused of drowning her autistic daughter, and you know it is not a teaching tool for the states expert," she argued.

In August 2018, the Tampa mom is accused of intentionally drowning her four-year-old in the Hillsborough River. Surveillance video at a used car lot, shows Denson walking with her daughter just moments before.

Her public defenders plan to use the insanity defense, claiming she didn't know right from wrong when she did it. The trial is set for June 6.