TAMPA, Fla. - A Tampa man accused of plotting an attack in the Bay Area and currently facing terrorism charges has been found incompetent to stand trial, for now.

On Tuesday, from the federal court in Tampa, it was announced that Muhammed Momtaz al-Azhari's case is on hold until his competency can be restored.

"Everything’s on hold until his competency is restored," explained Rickman. "At the time, when he had these mental defects, he couldn't help with his defense. He couldn't understand the charges against him."

It could mean the legal strategy for al-Azhari may change. Rickman believes his legal team may take this mental health issue even further.

Rickman said the strategy has risks and, in the past, has failed with juries. 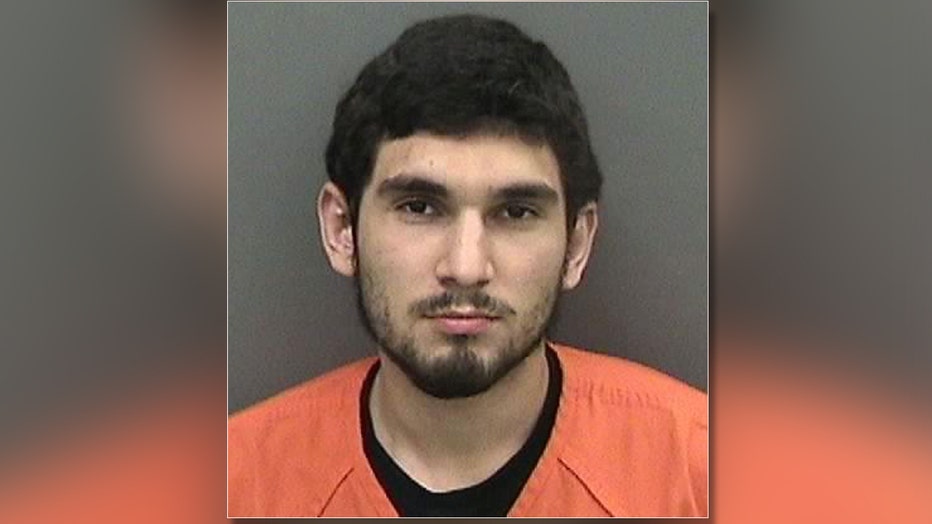 Back in 2020, the FBI announced the arrest of the 23-year-old, who they say was loyal to ISIS. Al-Azhari was charged with providing material support to ISIS after he stockpiled weapons and expressed allegiance to the "caliphate," authorities said. They said he worshipped the Orlando nightclub shooter.

Arresting documents said al-Azhari told an informant he wanted "to die in a shootout with disbelievers. I want to take revenge."

"I don't want to take four or five. I want to take at least 50, like brother Omar Mateen in Orlando did," al-Azhari allegedly said.

"He took explicit steps in furtherance of his plan to kill Americans, not just Americans, citizens of our Tampa Bay community," said defense attorney Anthony Rickman, who reviewed the court documents but is not involved in the case. "If he wasn't stopped by law enforcement, we may be talking about something much more serious here today."

Tuesday's decision could delay trial by a year or longer.

A Tampa man has been arrested for providing material support to ISIS.