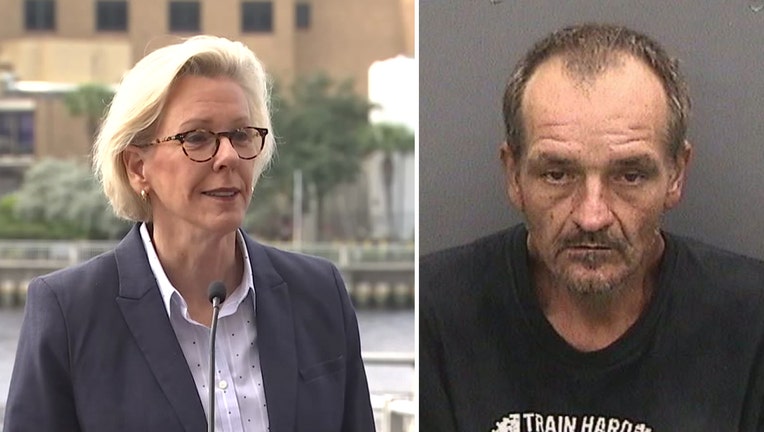 TAMPA, Fla. - Tampa Mayor Jane Castor previously served as the city's police chief. So when she spotted a suspicious person in a Tampa neighborhood, her law enforcement instincts came in handy.

Tampa police said Castor noticed a man repeatedly circling the block on a bicycle who appeared to be casing houses.

Castor kept an eye on the man as he rode his bicycle into a driveway. She then called police to have an officer dispatched.

Police made contact with the man, later identified as Jesse Hickman, when he rode his bicycle through a stop sign.

The officer who made the traffic stop noted that Hickman matched the description of a burglary suspect who had been stealing from residential sheds in the area.

Investigators reviewed security video from an attempted burglary on Oct. 20, which matched the description of Hickman and his white bicycle with orange forks.

Hickman was taken into custody, and during a search of his backpack after his arrest, police found the same baseball cap and tennis shoes worn by the suspect in the video. Detectives said Hickman admitted to the burglary.

Police said Hickman faces charges of burglary of an unoccupied structure, possession of a controlled substance and possession of drug paraphernalia.

"Thanks to Mayor Castor's awareness, observation, and call for service, officers were dispatched quickly and able to apprehend Hickman before another crime could be committed," police said in a statement.